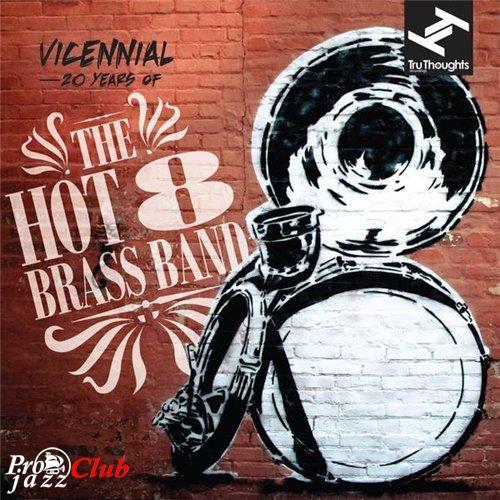 Треклист:
VICENNIALTHE HOT 8
BRASS BAND Жанр: Funk, New Orleans Jazz
Год издания: 2015
Издатель (лейбл): Tru Thoughts
Номер по каталогу: TRUCD318
Страна исполнителя (группы): USA
Аудиокодек: FLAC (*.flac)
Тип рипа: tracks
Битрейт аудио: lossless
Продолжительность: 58:48
Источник (релизер): WEB (спасибо gate_crasher)
Наличие сканов: нет
Треклист:
01. What’s My Name? (Rock With The Hot 8)
02. Sexual Healing
03. Get Up
04. Royal Garden Blues
05. Papa Was A Rolling Stone
06. Rasta Funk
07. Take It To The House
08. It's Real
09. Just My Imagination
10. We Shall Walk Through The Streets Of The City
11. New Orleans, After the City
Лог проверки качества
Об альбоме
Oh, the memories. As a rookie structural engineer in 2007 one of my less glamorous tasks was to recalibrate the office's vibration instrumentation equipment.Locked away in a basement for two weeks becoming vitamin D deficient, my supervisor took pity and left me some CDs to keep me entertained. Listening to Rock With the Hot 8 on repeat just after its Tru Thoughts release shaped my musical tastes forever, and Vicennial... is a glorious celebration of 20 years of the Hot 8 – an album of nostalgia for the band as well as for me.
As with most Hot 8 songs, the album opens with the rumblings of leader Bennie Pete's sousaphone and the passionate cries and claps of his band on What's My Name (Rock with the Hot 8), full of irresistible participation. Its the song with which they carved their niche, mixing powerful brass with hip hop and funk references from P-Funk and Dr Dre. Vicennial pulls strongly from that debut album of the same name, with the first three tunes revisiting the material but with a less instrumental, more vocal approach than the originals: Get Up has a sparser arrangement leaving more time for percussion and vocals and less for close horn harmonies; Sexual Healing a short snippet of a reminder of their success, weighing in at a poppy under 3 minutes long.
With these Hot 8 hits come some new recordings too. Royal Garden Blues is a tight Dixieland classic written nearly a century ago with neat solos and a Big Easy feel, closely followed by the rare non-brass band ripple of Blaxploitation guitar at the beginning of new storming soul cover Papa was a Rolling Stone, complete with an excellent vocal performance from Frank Wricks. There's also the more restrained colliery band feel arrangement of another70s Temptations hit Just My Imagination.
Like all good retrospectives they don't only return to their debut album, there are also high energy trips to their previous release Tombstone, and an ode to home from The Life and Times Of.... Vicennial... feels as much a celebration of the band's music as of the band's resilience, having stayed together even though four band members lost their lives and one his legs. Of those missing perhaps most telling is the lasting legacy of former trombonist Joseph Williams on the band. In memoriam his grandmother sings trad classic We Shall Walk Through the Streets of the City, joined by an uncle and his brother in the band, but its in his two creative contributions that he left his mark. The irresistable triumphant swagger of Williams original Rastafunk is very much the essence of the genre-hopping Hot 8, here switching into a beautifully clean brass arrangement of Stevie Wonder’s The Break of Dawn - It's Real a ground swell of soaring trumpets and groaning trombones.
Vicennial... is not a polished recording – its simple, raw and soulful and revels in its low-tech one-take authenticity. As an anniversary retrospective it certainly has one foot firmly planted in the glorious past. Yet its also a reminder of the musical landscape they, along with Youngblood brassband have helped shape and popularise the funk hip hop brass-band sound in the US and beyond, with bands like Riot Jazz, Hackney Colliery Band,Young Pilgrims and Brass Funkeys popping up over the UK in Manchester, Scotland and London. (Daniel Bergsagel)
Состав