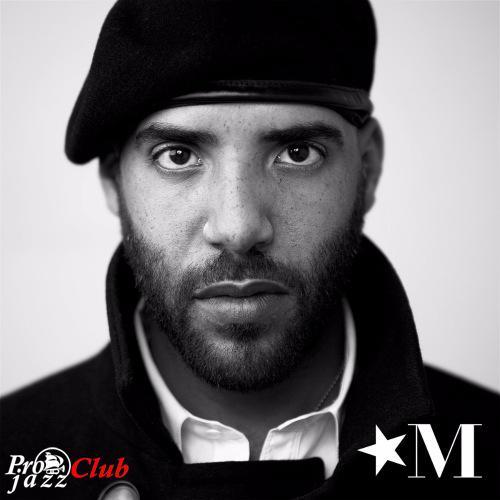 Треклист:
★M
Miles Mosley / Uprising
Жанр: Soul, Jazz, Vocal
Год издания: 2017
Издатель (лейбл): World Galaxy/Alpha Pup Records
Страна исполнителя (группы): USA
Аудиокодек: FLAC (*.flac)
Тип рипа: tracks
Битрейт аудио: lossless
Продолжительность: 43:57
Источник (релизер): WEB
Наличие сканов: нет
Треклист:
01. Young Lion
02. Abraham
03. L.A. Won't Bring You Down
04. More Than This
05. Heartbreaking Efforts of Others
06. Shadow of Doubt
07. Reap a Soul
08. Sky High
09. Your Only Cover
10. Tuning Out
11. Fire
Лог проверки качества
Об альбоме
The word "uprising" is often used in moments in which a group of people witness their strength in numbers and band together to seize an opportunity. This embodies the time we are currently living in, where people all over the world in art and politics are recognizing their own power in numbers. It is prophetic as it deals with the different tenants of survival within a world of mystery and ambivalence. From brotherly love to the dangers of good intentions, these are all universal occurrences to which we all seek advice.
This decree will further unfold on January 27, 2017 with the trailblazing release from Los Angeles' upright bass virtuoso, vocalist, composer and bandleader Miles Mosley. UPRISING encapsulates the dynamic range of genres and expression that this magnetic force has presented on stages across the globe alongside saxophone giant Kamasi Washington and their cohorts in the West Coast Get Down.
Partnering with Alpha Pup Records' imprint World Galaxy for the release, the album was co-produced by drummer/engineer Tony Austin and their longtime manager Barbara Sealy. Mosley showcases his skills as a truly one-of-a-kind force on his custom built upright bass, manipulating its voice into a weapon of soulful emotion, aggression and revolutionary sound. The genre-defying and otherworldly core six-piece band consists of the best musicians taking over the scene today-including saxophonist Kamasi Washington, trombonist Ryan Porter, keyboardist Brandon Coleman, pianist Cameron Graves, and drummer Tony Austin. On UPRISING they are joined by trumpeter Dontae Winslow and the late saxophonist Zane Musa along with a full orchestra and choir.
The members all hail from Los Angeles as a family of musicians that Mosley helped bring together during their formative years, and have imprinted their stamp on the world unlike any other musical collective in recent times.
As the co-founder and voice of the West Coast Get Down, Mosley combines his deep love of songwriting with his innovative, mind-bending, effects-laced upright bass on UPRISING. The album is his personalized take on the journey of his life and that of his musical family. It stands as a statement of deep conviction and technical prowess, following the influences of legends such as Otis Redding and Jimi Hendrix.
"It seems fitting that this new attention to our sound, and the impact that we are capable of making across genres feels like our own uprising. This is my piece of our story," says Mosley.
As the story of UPRISING unfolds, the world will see the journey and influence of the West Coast Get Down through their collective mission: to defy genre and combine musical influence to make jazz dangerous and exciting again, while paying tribute to the legends before them. Following the critically acclaimed release of the album's first single, "Abraham," the follow-up single from UPRISING will be released on September 16th; its title, "Young Lion," brings just that in the form of an introduction to equal parts vocal soul and instrument mastery.
"I wanted to create a work that was natural and intimate, but still maintained a sense of grandeur. As if you were best friends with a giant," Mosley explains. "The West Coast Get Down, the strings, the choir. All of these elements together create something with memorable melodies and a message to the people that we are here for them. We are and want to be the loudspeaker for their hearts."
Состав