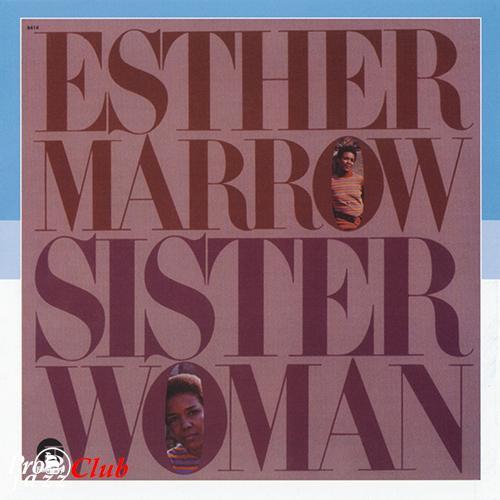 Несколько слов на английском
Now known as “Queen” Esther Marrow, her gospel and stage performances have made her a worldwide concert draw. She recorded two sought-after funk albums early in her career, marked by some excellent songs and fantastic musicianship. “Sister Woman” was her second LP and has the great combination of a killer band, that included Bernard Purdie, Cornell Dupree and Richard Tee and choice songs. ‘Things Ain’t Right’ and ‘And When I Die’ are funk-fuelled floorfillers, and her cover of ‘The Ghetto’ is simply amazing.
Esther Marrow is most known as a jazz singer (including a stint with Duke Ellington in the 1960s) and as a gospel artist (with the Harlem Gospel Singers since 1990). Like many vocalists whose background wasn't strictly R&B, however, she also recorded some soul music. Sister Woman, from 1972, was her second album. While her vocals are strong (and, on "Turn on to Jesus" especially, have more than a hint of gospel), it's a more or less typical soul LP of the era without much that stands out. Some jazz and funk make their way into the mix, as well as covers of a couple popular hits of the day in "Rainy Night in Georgia" and some of the social consciousness permeating early-'70s soul (in "Ghetto"). "Trade Winds" holds some interest, as the ballad might be the first recording of a song later done by Rod Stewart, Roberta Flack, and Lou Rawls, and "Ask Me Dance" (arranged and written by Bobby Scott) verges on a nearly adult contemporary singer/songwriter sensibility. The 2010 reissue on BGP adds historical liner notes.
Лог создания рипа
Содержание индексной карты (.CUE)