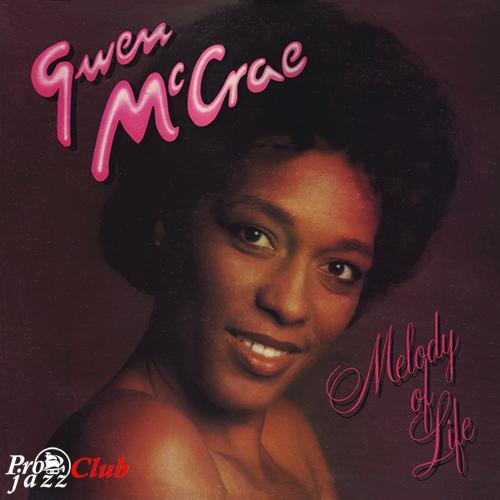 Несколько слов на английском
Gwen McCrae, a gutsy soul singer in the southern style and initially influenced by such leading lights of the soul world as Sam Cooke and Aretha Franklin, is known best for her 1975 R&B #1 Rockin Chair . Having married George Rock Your Baby McCrae after a whirlwind romance in 1963 the couple became a vocal duo and were discovered by influential singer/producer Betty Wright in the late 60 s. Betty Wright was able to help them get a recording deal at Henry Stones Alston imprint which led to a move to Columbia Records before going back to a different Henry Stone imprint, Cat. A succession of singles were released during this period with modest success until she hit the R&B #1 spot with the aforementioned Rockin Chair in 1975 and followed it up with her debut LP of the same name. MELODY OF LIFE opens with intent with McCrae putting down a strong, soulful vocal on All This Love That I m Givin backed up with a great synth bass line helping it to become a much lauded underground dance floor favourite up to the present day despite not charting on its release. From I Can Only Think Of You onwards MELODY OF LIFE provides elegant and endearing soulful backdrops for McCrae s stunning vocals to soar over. The Joy has a positive groove led by the bass guitar and backed up with an energetic horn section. On every track McCrae is at her impassioned best.
Лог создания рипа
Содержание индексной карты (.CUE)