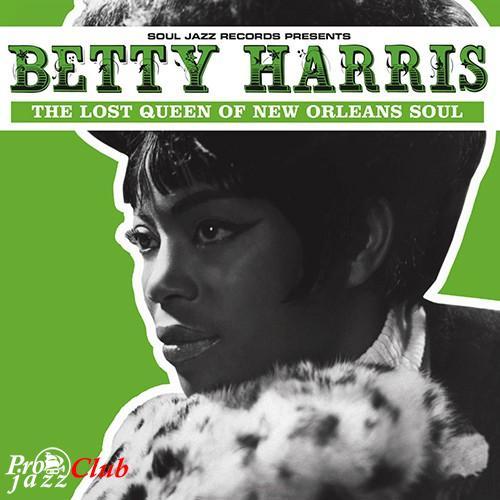 Об альбоме (сборнике)
Betty Harris' The Lost Queen of New Orleans Soul collects together the steady stream of amazing soul and funk singles issued by Betty Harris from 1964 to 1969, under the musical guidance of legendary composer, musician and producer extraordinaire Allen Toussaint, a collection which truly captures the heart and soul of the city of New Orleans during this era.
Betty Harris' powerful, fiery soulful vocals found a perfect accompaniment with the New Orleans' players that Toussaint put together to back her, which by the time of her funk classic, "There's A Break
In The Road," were the legendary super-tight, super-funk New Orleans group The Meters.
With the extraordinary song-writing skills of Allen Toussaint alongside the powerful, soaring, confident and emotive singer and the groove of The Meters, you have an unbeatable combination. That Harris never in fact lived in New Orleans (she flew in from Florida for all her sessions with Toussaint's local in-house players) seems almost an irrelevance, a geographical aside to the defining New Orleans sound captured on the recordings featured here.
All of these singles featured here were released on Allen Toussaint and his business partner Marshal Sehorn's local New Orleans label Sansu, widely distributed in the southern city but in only limited quantities elsewhere. As a consequence, Betty Harris' music failed to achieve the commercial success of other New Orleans artists such as Lee Dorsey (who she recorded with) and The Meters (who backed her). And so at the end of the decade she stopped recording, retired from the music business to raise her family in Florida.
This is no reflection of the stunning musical quality of all these songs which encompass everything from southern soul, heavy funk, deep soul ballads and northern soul. Betty Harris has been a cornerstone of Soul Jazz Records' New Orleans Funk and New Orleans Soul compilations. Always soulful and always funky, Betty Harris' music contains the essence of New Orleans music. She is the Lost Soul Queen of New Orleans.
Лог создания рипа
Содержание индексной карты (.CUE)