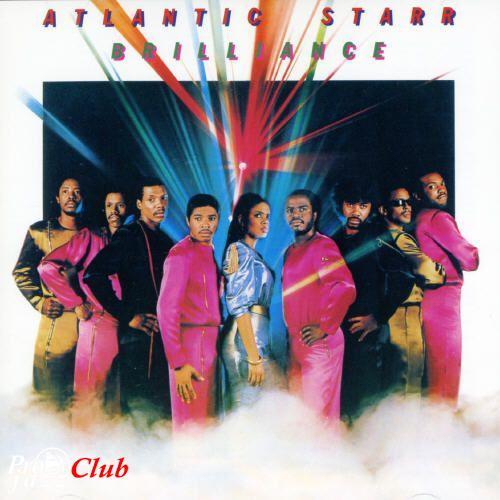 Треклист:
Atlantic Starr - Brilliance
Жанр: Funk, Soul, Disco
Носитель: CD
Страна-производитель диска (релиза): Нидерланды
Год издания: 1982 (2007)
Издатель (лейбл): PTG Records
Номер по каталогу: PTG 34029
Страна исполнителя (группы): США
Аудиокодек: FLAC (*.flac)
Тип рипа: tracks+.cue
Битрейт аудио: lossless
Продолжительность: 39:06
Источник (релизер): james77
Наличие сканов в содержимом раздачи: да
Треклист:
01. Love Me Down (4:54)
02. Sexy Dancer (4:55)
03. Love Moves (5:12)
04. Your Love Finally Ran Out (4:51)
05. Circles (4:55)
06. Let's Get Closer (5:23)
07. Perfect Love (4:43)
08. You're the One (4:13)
Лог создания рипа
Содержание индексной карты (.CUE)
Отчет CUETools
AllMusic Review by Alex Henderson
Atlantic Starr hit its commercial peak in the late '80s, when the bland, insipid adult contemporary ballad "Always" soared to number one on both the pop and R&B charts. That song put Atlantic Starr in the Whitney Houston/Lionel Richie realm -- in other words, people who associate Atlantic Starr with "Always" think of them as a crossover act. But from an R&B standpoint (as opposed to a pop/adult contemporary standpoint), Atlantic Starr provided their best work in the early '80s, when Sharon Bryant was still on board and the East Coast residents were being produced by James Carmichael. Released in 1982, Brilliance was the second of three albums that Carmichael produced for Atlantic Starr -- and it is also one of the band's finest and most essential releases. There is nothing not to like about this LP. The soul ballads "Your Love Finally Ran Out" and "Let's Get Closer" are excellent, and so are up-tempo funk/dance numbers like "Sexy Dancer" and "Love Moves" (which features Wayne Lewis on lead vocals and has a Slave/Steve Arrington/Aurra type of appeal). Brilliance, however, is best known for Bryant's soaring performance on the smash hit "Circles," which is one of those songs that is great on the dancefloor but is equally appealing if you want to simply sit down and listen to it. Bryant also excels on the single "Love Me Down," which wasn't as big a hit as "Circles" (it reached number 14 on Billboard's R&B singles chart), but is still a fine medium-tempo item. If you have only a casual interest in Atlantic Starr and only want to have a few of its albums in your collection, Brilliance should definitely be among them.