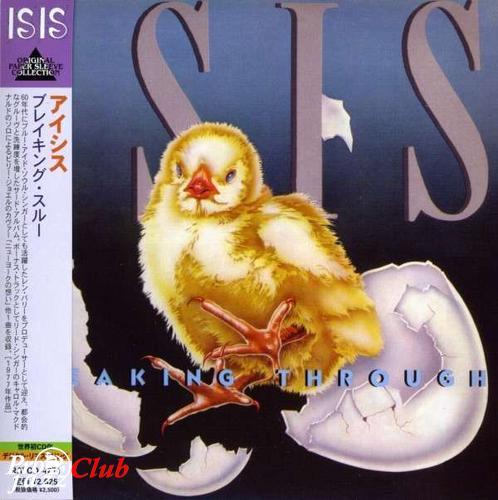 Треклист:
Isis - Breaking Through
Жанр: Funk, Soul
Носитель: CD
Страна-производитель диска (релиза): Япония
Год издания: 1977 (2008)
Издатель (лейбл): Vivid Sound Corporation/Muskrat Records
Номер по каталогу: RATCD-4271
Страна исполнителя (группы): США
Аудиокодек: FLAC (*.flac)
Тип рипа: tracks+.cue
Битрейт аудио: lossless
Продолжительность: 44:24
Источник (релизер): khalmandcollected (what)
Наличие сканов в содержимом раздачи: нет
Треклист:
01. God Give Me the Strength (3:36)
02. Love, Love, Love (3:46)
03. One Woman (4:42)
04. It's Only a Matter of Time (4:28)
05. Loving You Through Music (Dedicated to Laura Nyro) (3:28)
06. Give It Up (5:05)
07. Crazy Lady (0:22)
08. Get Crazy (5:09)
09. Looking for a Space (6:12)
10. It's Wonderful (2:05)
11. New York State of Mind (5:31)
Лог создания рипа
Содержание индексной карты (.CUE)
Отчет CUETools
Об альбоме (сборнике)
By 1977 the female rock band ISIS contained one original member , CAROL MACDONALD, the founder, lead singer & rhythm guitarist who conceived of the band in the early 70's. This third album is a good one. The first self-titled album was ground-breaking . The 2nd was heavier on the funk. This 3rd one is a gentler Isis, yet still stirs up some great tunes. The musicianship is excellent as usual, with a mix of pop, jazz, fusion and R&B. These women could play. It's wonderful to hear this music now, especially when hearing real instruments on an album is not a given thing anymore. The songs run the gamut from soothing to rocking. The differences from the other two albums are that this one is more relaxed, laid back, with moments of funky brilliance. The band sounds fresh with a gentler sound, but still with those horns, organ, congas that differeniated it from being just another rock band. Faith Fusillo was a new addition to the band, and she contributed lead vocals, guitar and songs here. Margo Lewis , the keyboard & Hammond organ player who was also in GOLDIE AND THE GINGERBREADS in the 60's with Carol , was still with the band too. Side One's GOD GIVE ME THE STRENGTH , ONE WOMAN, and LOVING YOU THROUGH MUSIC [ dedicated to Laura Nyro ] show the softer side to the band. LOVE LOVE LOVE and IT'S ONLY A MATTER OF TIME provide the uplifting rock . Side Two contains 3 longer songs that fit more into what they did on the first album. GET CRAZY is the highlight of the album , a track that is just fun to hear that the band lets loose on. LOOKING FOR A SPACE is a stunning closer. A great 70's jazz/rock fusion with room for experimentation and solos. GIVE IT UP is a dance song that doesn't get far though, and CRAZY LADY is just an interlude, not a full song. This album completed their trilogy of albums, with each album different. If only Isis had continued on. They made some great music, and certainly broke down old conventions . The 70's had a ton of great music, and Isis deserved more attention, airplay & hits. They were of the time, and ahead of their time.
-- gassy goon