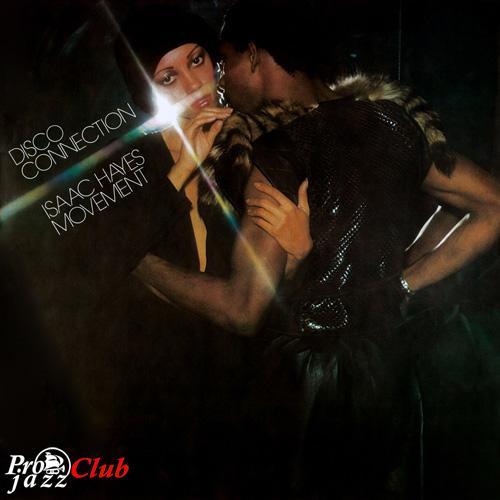 Лог создания рипа
Содержание индексной карты (.CUE)
Об альбоме (сборнике)
First ever CD release for this 1975 instrumental set from Isaac Hayes’ renowned backing band
Isaac Hayes has been a staple of the Ace catalogue for three decades, with all his classic albums for Stax’s Enterprise label featuring at one time or another and many still available. In recent times we have also dipped into Hayes’ later work for his Hot Buttered Soul label, starting with his “Chocolate Chip” set. We followed that last year with the debut LP by the Masqueraders. This year it’s the turn of the label’s third album to receive the digital treatment.
Issued in the name of his band, the Movement, “Disco Connection” was Hayes’ only all-instrumental LP. Its arrival in 1975 coincided with disco’s quantum leap towards becoming the pre-eminent strand of black American music – although its contents were by no means all suited to the dancefloor.
Most of the musicians who play on the record had been with Hayes since he recorded his “Hot Buttered Soul” album in 1969. Guitarists Skip Pitts and Michael Toles, keyboard man Lester Snell and drummer Willie Hall were among those who helped fashion a new kind of sound that went around the world via their contributions to the award-winning “Shaft” soundtrack.
The title track was a much bigger hit in the UK hit than the USA, where the album and single were issued simultaneously with Hayes’ vocal LP “Groove-A-Thon” and its attendant single ‘Come Live With Me’. It will be fondly remembered by a whole generation of UK club-goers who danced their socks off to it and bought enough copies to hoist the single to #10 here.
The album was deleted in 1978 when the Hot Buttered Soul label shut up shop. It was never reissued on vinyl and this is its first appearance on CD. [Tony Rounce]