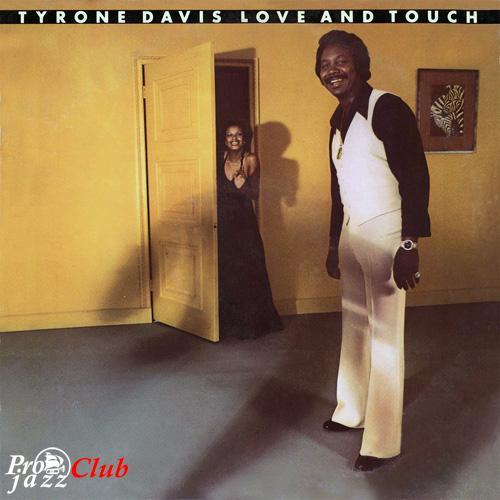 Об альбоме
Tyrone Davis’ 1976 album Love And Touch has been Expanded and on CD for the First Time Ever. Expanded with 3 Bonus Tracks.
Re-Mastered from the Original Master Tapes by Sean Brennan, at Battery Studio’s, New York. Love And Touch is the eighth solo album released by American Soul Blues artist Tyrone Davis in 1976. The album was also his debut release on Columbia Records.
Tyrone had a great seven year run at Dakar, but in 1976, he moved to Columbia Records—and the Chicago-based Leo Graham (who wrote and produced “Turning Point”) produced Love And Touch, his first Columbia album. Although Davis grew up in Mississippi, he became closely identified with Chicago soul at Dakar—and with Leo Graham’s help, he continued in that vein at Columbia. Graham did a lot to shape the sound of this album: in addition to producing Love And Touch, he wrote or co-wrote all of the material. Graham wrote “Give It Up (Turn It Loose),” “Put Your Trust In Me,” “Wrong Doers” and the ballad “Givin’ Myself To You” by himself, and he co-wrote “Why Is It So Hard (To Say You’re Sorry),” “Beware, Beware” and the energetic “You’re Too Much.” Graham also co-wrote the single “Close To You.” The 1970’s were a highly productive time for the Chicago-based soul icon, and in 1976, his Columbia period got off to an exciting start with Love And Touch.