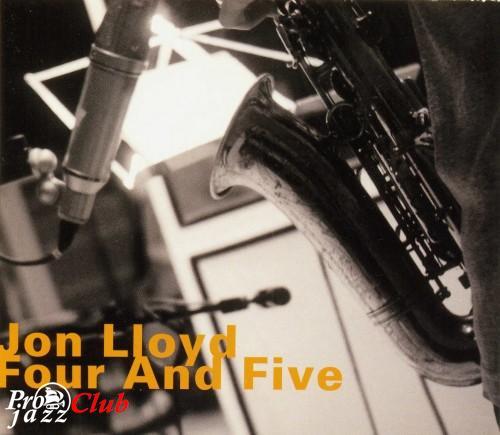 Треклист:
Jon Lloyd / Four And Five
Жанр: Free Jazz, Contemporary Jazz, Free Improvisation
Страна-производитель диска: Switzerland
Год издания: 1999
Издатель (лейбл): hatOLOGY
Номер по каталогу: 537
Аудиокодек: FLAC (*.flac)
Тип рипа: image+.cue
Битрейт аудио: lossless
Продолжительность: 55:44
Источник (релизер): cd
Наличие сканов в содержимом раздачи: нет
Треклист:
1. Jump 7:33
2. Four And Five 11:32
3. Zilch, Zero, Zed 7:57
4. Blues For 10:53
5. Method 7:53
6. Xis 4:30
7. Take The Coltrane 5:26
Лог создания рипа
Содержание индексной карты (.CUE)
Доп. информация: Recorded 30th December 1998 at Gateway Studio, Kingston Hill Centre, Surrey.
Об альбоме (сборнике)
John Lloyd's new quartet, sans the pianistic invention of John Law, is an earful to behold. Gone are the strange punch-drunk duels between the two, and that's not because Lloyd wanted to make his own voice predominant -- far from it, by adding an entirely new lineup save for Marcio Mattos, with Stan Adler on cello and Paul Clarvis on percussion. The astounding bang in the first five seconds of this record is both the acknowledgement of passage and the entrance into the new. Lloyd, who has previously taken his jazz cues from Anthony Braxton and Steve Lacy has shifted his sources of information: While Lacy remains an influence, the conical soprano investigations of Evan Parker are heard in Lloyd's work for the first time, as is the compositional methodology of Ornette Coleman. Where it seemed on previous recordings that Lloyd's primary concern was to dismiss any approximation of melodic invention, here, that very sensibility is at play -- not only as a way for the quartet to jump off into improvisation, but as a way of holding a particular composition's sway over its length and not to become mired within the free flow of ideas between band members ("Zilch, Zero, Zed"). Using Adler and Mattos is ingenious. It's really two cello players in that Mattos plays that instrument primarily. His interaction with Adler then is symbiotic particularly when overtone studies are called for within improvisation; the textural qualities and choices become enormous for both Lloyd and Clarvis to choose from. Improvisation moves deeper into microtonal investigation and the distance between instruments lessens while widening it in sonic terms ("Four and Five"). In a sound world where texture plays the same role as melody and harmony balance offers a kind of freedom to roam that would never be extended otherwise, such as on the flamenco-tinged "Blues For." After five recordings, the artist seems to have finally found his compositional voice -- his solo voice was well established more than a decade ago -- and his authority as a bandleader is more forceful because he is so much less autodidactic. Four and Five is his finest moment yet; it reveals a new Jon Lloyd: a jazz force to be reckoned with and learned from.
Состав
Alto Saxophone, Soprano Saxophone – Jon Lloyd
Bass – Marcio Mattos
Cello – Stan Adler
Drums, Percussion – Paul Clarvis
Any questions -> support@pro-jazz.com. По всем вопросам пишите -> support@pro-jazz.com
—
163
M0p94ok
Нет комментариев. Ваш будет первым!
Войдите или зарегистрируйтесь чтобы добавлять комментарии