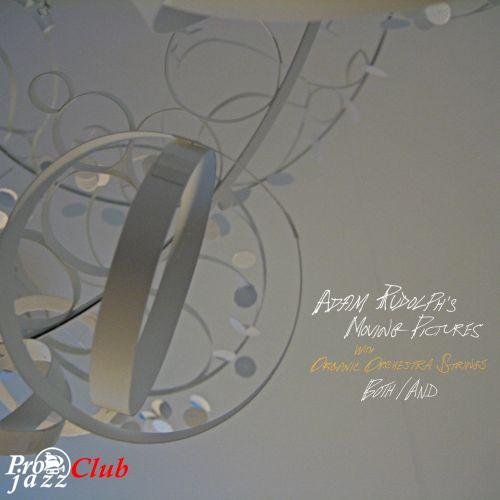 
Доп. информация:
CD Notes
In a career that just entered its fourth decade, Chicago-born composer-musician Adam Rudolph has continued to be “a pioneer in world music” (The New York Times), working in perpetual collaboration to hone his singularly syncretic artistry. His music fuses composition and improvisation, intuitive and intellectual, past and future, East and West. His various projects are simply environments in which seemingly disparate artists have freedom to express their individual imaginations; together, they form a collective voice that always sounds uniquely like itself. Rudolph has made an indelible contribution to the history of what he calls “creative improvised music,” leading several projects and working closely with Yusef Lateef for over 20 years (and 15 albums), in addition to collaborations with Don Cherry, Jon Hassell, L. Shankar, Muhal Richard Abrams, Omar Sosa, Wadada Leo Smith, Pharaoh Sanders and Sam Rivers, among a host of others.
Rudolph’s Moving Pictures ensemble epitomizes his groundbreaking, genre-transcending approach, and the group’s forthcoming recording, Both/And, perfectly reveals their sound. The music moves seamlessly from Delta swampland to African veldt and rural India. Rudolph’s own Meta Records will release the album on May 17.
As far-reaching and multi-faceted as Rudolph’s influences have become, their beginnings can be traced back to a specific time and place: his formative years on the south side of Chicago in the 1960s. Howlin’ Wolf exemplified an ideology that Rudolph would find replicated in countless settings and styles, while the Art Ensemble of Chicago served as a model for an iconoclastic cultural fusion that saw the value in both simple and complex expressions and absorbed all of it into a forward-reaching invention. The Art Ensemble’s groundbreaking parent organization, the Association for the Advancement of Creative Musicians (AACM), uses as its motto the phrase “Ancient to the Future”; while Rudolph isn’t a member of the association, its motto could be his own.
Rudolph formed Moving Pictures in 1992 as a vehicle for exploring rhythmic and intervallic concepts, themselves forged over decades of study. The group’s lineup is ever changing, but the octet that comprises the current incarnation all have years of experience with Rudolph’s music. Oud player and percussionist Brahim Fribgane, cornet player Graham Haynes, and guitarist Kenny Wessel return from the band’s previous CD, Dream Garden. Trombonist Joseph Bowie and multi-reedist Ralph Jones go back much further, Jones as far as 1974 as one of Rudolph’s earliest collaborators. Much of the ensemble has also performed with Rudolph’s Go: Organic Orchestra, an even more elaborate exploration of Rudolph’s ideas. That ensemble, which can grow from 25 to 50 pieces, is also the source of the musicians in the twelve-piece string section that joins the octet on Both/And.
In order to guide the interaction of the players, Rudolph composes by generating matrices that allow the musicians a greater range of options while maintaining his emotional intent. As opposed to the traditional notation that moves from one note to the next in a preordained progression, Rudolph’s matrices offer multiple possibilities at each given juncture. “They’re non-linear compositions that you can move through in a multiplicity of ways with a lot of freedom. Within that environment, you can play freely with other musicians if they understand how to be in that environment, too. Nothing ever sounds incorrect, but the relationships can often be surprising, and that element of surprise is very important in my music and creative music in general.”
These intervallic approaches complement Rudolph’s rhythmic innovations, which he refers to as “Cyclic Verticalism” or “Ostinatos of Circularity,” combinations of African polyrythms and Indian rhythmic cycles. “In a lot of African and African diasporic music, music goes around and around. The music becomes a call and lift into transcendence. We’ve all heard this if we’ve listened to anything from Moroccan music to Bootsy Collins with Parliament or James Brown, any music that has aspects of trance.”
The philosophical and spiritual dimensions of Rudolph’s work are as important as—indeed, they are integral to—the musicality. A lifelong practitioner of Yoga, Rudolph sees music as a form of Yoga in its guise as a “unity of mind, body and spirit.” There is no separation, in his view, between the musical and the metaphysical. In this way, he follows the path forged by spiritually oriented forebears like John Coltrane.
“One of the many beautiful things about John Coltrane was that he made overt in conversation and in titles what was always in the music,” Rudolph says. “When you’re dealing with this invisible alchemy called vibration, and also dealing with the human spirit, you can project forth a sense of your own evolution in your own personal mysticism. I spent years and years studying all kinds of drumming from different parts of the world, but the drummers who really influenced me most were Elvin Jones and Tony Williams and Ed Blackwell, because they were able to have their own voice on the instrument and play philosophically what this music is all about.”
Состав
Adam Rudolph - handrumset (kongos, djembe, tarija, zabumba) thumb piano, bata (itotele), mouth bow, percussion
Ralph M. Jones - hulusi, bass clarinet, alto and c germanic flutes, soprano and tenor saxophones, bamboo trumpet, bamboo flutes
Joseph Bowie - trombone, organic/electronics, vocal, harmonica, congas, bamboo trumpet, percussion
Graham Haynes - cornet, flugelhorn, bamboo trumpet, percussion
Brahim Fribgane - oud, cajon, bendir, tarija, percussion
Kenny Wessel - electric and acoustic guitars, banjo
Jerome Harris - acoustic bass guitar, slide guitar, vocal
Matt Kilmer - frame drums, kanjira, bata (okonkolo), percussion
Organic Orchestra Strings - arrangements and improvised conducting by Adam Rudolph
Violins - Sarah Bernstein, Charles Burnham, Trina Basu
Mark Chung, Elektra Kurtis, Skye Steele, Midori Yamamoto
Violas - Stephanie Griffin, Jason Hwang
Cellos - Greg Heffernan, Daniel Levin
Any questions -> support@pro-jazz.com. По всем вопросам пишите -> support@pro-jazz.com
—
294
M0p94ok
Нет комментариев. Ваш будет первым!
Войдите или зарегистрируйтесь чтобы добавлять комментарии