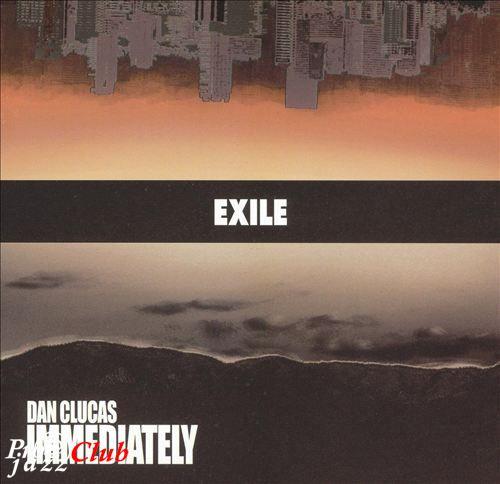 Треклист:
1 Stating The Obvious 7:16
2 You Say (For Bobby Bradford) 7:14
3 Exile (For Astor Piazzolla) 8:11
4 The Black Horn (For John Carter) 11:26
5 Mothers And Daughters 4:24
6 Wheat And Weeds 8:22
Лог создания рипа
Содержание индексной карты (.CUE)
Лог проверки качества
Доп. информация:
Album Info & AAJ Review
Recorded 11/25/02
Mixed at Catasonic Studios, Echo Park, Los Angeles, CA
Mastered at Newzone Studio, Los Angeles, CA
Cornetist and composer Dan Clucas has been active on the Los Angeles scene for the last fifteen years, but is only now releasing his debut recording. Clucas has recorded with Jeff Kaiser's Ockodektet and Harris Eisenstadt's Ahimsa Orchestra and has performed with Vinny Golia, Nels Cline and Steuart Liebig and Henry Grimes; he also leads another group, Dead Air. His bandmates in Immediately, except for drummer Rich West, are relatively unknown, but they do deliver a strong and compelling statement which left me waiting eagerly for Clucas' future recordings.
Clucas explains in his liner notes that Exile was born as his "sense of exile, encouraged by the events of the world, started to get the better of me," and it's equally inspired by poet Allen Ginsberg's words that "the imagination—it represents a futile gesture in the USA—and yet the heart lives on it." Immediately was Clucas' medicine for his sense of alienation, and indeed, the music on Exile lives up to the band's name—up front, urgent and risk taking, while honoring other daring musicians.
Exile begins with the rhythmic "Stating the Obvious," which sets the tone for the disc. Clucas has a convincing, tough tone, which is intensified by Brian Walsh on the clarinet and the tenor sax. Noah Phillips' unsettling and manipulated guitar adds to the chaos, bassist Michael Ibarra safely anchors the sonic mayhem, and drummer Rich West colors the dense textures with inventive fractured patterns. All contribute to the tight interplay.
A series of dedications follows with "You Say," for conrnetist Bobby Bradford, which owes much to Ornette Coleman; "Exile," for nuevo tango master Astor Piazzolla—a kind of imaginary violent tango that Clucas keeps boiling to the end; and the folksy "The Black Horn," for John Carter, the most tender piece on this release, with Clucas' muted cornet in the back coloring Phillips' atmospheric lines.
The short "Mothers and Daughters" marks the return to a funky rhythm, and the march-like "Wheat and Weeds," with glimpses of an Americana guitar playing by Phillips, concludes the disc. As on other pieces, it sound as if Clucas is about to lose control of his bandmates, but his assured playing always brings them to a safe haven.
A brilliant release.
Состав
Clarinet, Tenor Saxophone – Brian Walsh
Contrabass – Michael Ibarra
Cornet, Composed By – Dan Clucas
Drums – Rich West
Guitar – Noah Phillips
По всем вопросам пишите личное сообщение пользователю M0p94ok.
—
169
M0p94ok
Нет комментариев. Ваш будет первым!
Войдите или зарегистрируйтесь чтобы добавлять комментарии