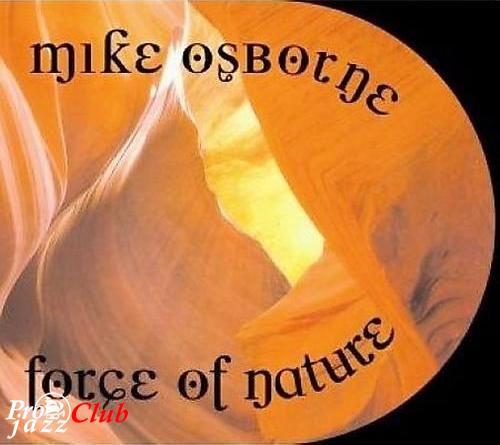 Треклист:
1. Ducking & Diving
2. Journey's End
3. All Night Long
Лог создания рипа
Содержание индексной карты (.CUE)
Лог проверки качества
Доп. информация:
Album Info & AAJ Review
Kolner Jazzhaus Festival, Koln, Germany October 17th, 1980 (1)
Professional open reel recording at 7&1/2 IPS
Recorded live in London, April 27th, 1981 (2,3) by Terry Sullivan using Sony TC335 at 3&3/4 IPS
Special thanks to Andrey Henkin, Terry Evans, Hazel Miller, Dave Holdsworth, Louise Palmer, Terry Sullivan, Jak Kilby, Geoff Wall, Doug Shulkind
Audiophile remastered in real time
Glass mastered in real time
Produced in Canada by Michael King
Sound advice by Miki Dandy
All photos (C) Jak Kilby
Liner notes: Dave Holdsworth
The mercurial nature of alto saxophonist Mike Osborne's musical personality was arguably a difficult thing to capture on record, but here it's caught in all its glory despite the slightly muddy fidelity. Any degree to which he might have been in thrall to both Jackie McLean and Ornette Coleman was no longer an issue by the time these performances were captured back in 1980 and 1981, and the music has wings and a method of flight entirely its own.
"Ducking & Diving" makes the case for that over the course of forty two minutes. The quartet on occasion falls back upon melodies familiar enough to be hackneyed but only in the cause of recharging their creative batteries. Indeed it could almost be argued that they do so by way of wry comment on the level of creativity happening elsewhere. Osborne's understanding of pitch was always sure by comparison with McLean and the nature of his relationship to drummer Brian Abrahams on this one is on a par with the one he enjoyed with Louis Moholo. The very 'altoness' of his instrumental conception is true enough to render any thought of doubling as absurd and in that respect trumpeter Dave Holdsworth's more reflective, perhaps measured approach is the ideal foil.
By comparison of course the less than eight minutes of "Journey's End" is a relatively brief flight. It's long enough however for bassist Paul Bridge and drummer Tony Marsh to bring a different collective dynamic to the music, with Marsh's hyperactive bass drum not so much anchoring the music as contributing to a polyrhythmic foundation for Osborne and Holdsworth to fly over. If anything Holdsworth is less measured here, with a perhaps conscious smearing of his lines adding a further dimension to proceedings.
In its echoing of one of Coleman's lines "All Night Long" hints at a similarly ambivalent link with the post-bop tradition, and both Osborne and Holdworth show how 'outside' they are in those terms in their flights. Osborne in particular sounds agitated here, as if at one and the same time he's impatient with traditional turns yet also in thrall to them. The creative tension that suggests is a hallmark of this entire set.
Состав
'Ozzie': alto sax
Dave Holdsworth: trumpet
Marcio Mattos: bass (1)
Brian Abrahams: drums (1)
Paul Bridge: bass (2,3)
Tony Marsh: drums (2,3)
По всем вопросам пишите личное сообщение пользователю M0p94ok.
—
189
M0p94ok
Нет комментариев. Ваш будет первым!
Войдите или зарегистрируйтесь чтобы добавлять комментарии