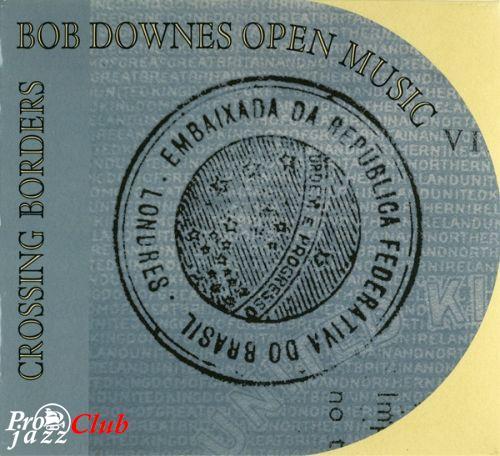 Треклист:
1. Jungle Chase
2. South American Indian
3. Sad Senorita
4. Che Guevera
5. Basking In The Sun
Лог создания рипа
Содержание индексной карты (.CUE)
Лог проверки качества
Доп. информация:
Album Info & AAJ Review
Recorded on open reel tape at Riverside Studios, London 1978/79
All compositions and arrangements by Bob Downes
Photos courtesy of Bob Downes collection except John Stevens (C) Jak Kilby
Remastered & glass mastered in real time
Produced in Canada by Michael King
Sound advice by Miki Dandy
Here's another of Reel's exercises in twentieth century tape archaeology. Like earlier efforts, it has the practical effect of sealing another hole in the documented fabric of British jazz and improvised music from the last four decades of that century. It's highly worthwhile too, this labor of love, as on this occasion it yields a program of music every bit as inventive as that produced by bigger stars—the term is as good as meaningless in the circumstances—of the day. Recorded at the end of the '70s, this music is both timeless and symbolic of moments in time when the players came together informally to tease the music from out of the ether.
Although primarily a flautist, it's the pieces that document Downes on alto or tenor sax that are the most compelling. His alto sound on "Sad Senorita" is significantly textural, and has an edge both grainy and acerbic. In the company of the underrated Brian Godding on guitar it does a dance at once lively yet downbeat in emulation of the title. Drummer John Stevens, in marked contrast to his work with the Spontaneous Music Ensemble, shows how propulsive he could be in a relatively more orthodox setting, while the basses of Barry Guy and Mark Meggido conspire never to get in each others' way, lending impetus to the music's open feel.
Downes plays both alto and tenor sax on the opening "Jungle Chase," in addition to flute and the Columbian pan flute he opens the piece on. His facility as a flautist is brought home. His rounded, full-bodied tone is never reduced to mere piping and the effect is that of a wholehearted improviser working the moment as though it's the most precious thing. The impression is reinforced when he switches to alto sax about nine minutes in, with Guy again on bass tracking developments.
Trombonist Paul Rutherford crops up on "Basking In The Sun," a piece which is the embodiment of propulsive atmosphere. Downes' flute is at its most lyrical and the music coalesces in a manner that soundtracks the activity of the title most effectively. Rutherford, at his most necessarily conventional, reminds us of how lovely his tone was. The relative brevity of the piece is fine in itself, an example of open music in the most rewarding sense of the term.
Состав
Bob Downes: alto & tenor saxes/flute & Columbian pan flute/Bahian cowbells/vocalizing (1), solo bass flute/simultaneous vocalizing (2), alto saxophone (3), flute/vocalizing (4), flute (5), liner notes
Barry Guy: bass (1,3,4)
Denis Smith: drums (1,5)
Brian Godding: electric guitar (3,4,5)
Mark Meggido: bass (3,4)
John Stevens: drums (3,4)
Paul Rutherford: trombone (5)
Paul Bridge: bass (5)
По всем вопросам пишите личное сообщение пользователю M0p94ok.
—
210
M0p94ok
Нет комментариев. Ваш будет первым!
Войдите или зарегистрируйтесь чтобы добавлять комментарии