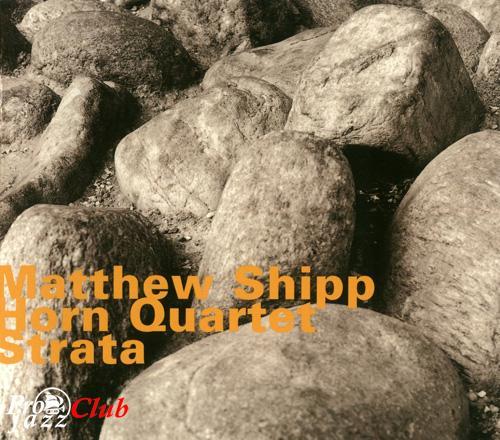 Треклист:
Matthew Shipp Horn Quartet - Strata
Жанр: Free Improvisation
Страна-производитель диска: Switzerland
Год издания: 1998
Издатель (лейбл): Hat Hut Records / hatOLOGY
Номер по каталогу: hatOLOGY 522
Аудиокодек: FLAC (*.flac)
Тип рипа: tracks+.cue
Битрейт аудио: lossless
Продолжительность: 00:58:48
Источник (релизер): nnm, Джаз Клуб, 24 октября, 2013 / спасибо mishka1981
Наличие сканов в содержимом раздачи: да / *.jpg (300 dpi)
Треклист:
1. Strata (00:47)
2. Strata (01:23)
3. Strata (07:45)
4. Strata (03:18)
5. Strata (07:05)
6. Strata (03:33)
7. Strata (05:36)
8. Strata (05:30)
9. Strata (05:43)
10. Strata (05:20)
11. Strata (04:18)
12. Strata (06:41)
13. Strata (00:59)
14. Strata (00:50)
Composed by Matthew Shipp
Доп. информация:
Musicians:
ROY CAMPBELL - trumpet & pocket trumpet
DANIEL CARTER - alto- & tenor saxophone, flute & trumpet
WILLIAM PARKER - doublebass
MATTHEW SHIPP - piano
Recorded on December 14, 1997 by Mike Cyr at Sorcerer Sound, New York N.Y.
MATTHEW SHIPP HORN QUARTET - Strata allmusic.com
MATTHEW SHIPP Official Site
MATTHEW SHIPP from Wikipedia, the free encyclopedia
... review ...
In this work, and with the String Trio (By the Law of Music, also on Hat), Shipp began moving into the musical and tonal language he created for himself from his many aspirations and influences. Yes. That's right, for himself. Not out of Cecil Taylor's. On the ten "movements" that make up Strata, Shipp has moved into a space in modern music that almost no one else - with the possible exception of his long-term collaborator William Parker - has ever even visited let alone dwelt there. Shipp is doing something truly new - something very different in how he uses (non-spontaneous) composition and improvisation as equal parts of the whole with determined territories for them, though neither knows where the other will lead. This is music rooted not only in free jazz and European classical music but in gutbucket funky blues and early swing, too. Using the fickle, but dramatic sonances of paired trumpets and combinations of saxophones and trumpets and flutes and trumpets, he's reaching, farther than anyone to make the piano a singer's voice in the midst of all that shifting harmony and drama - and with Parker on the set, there is always drama because by his very nature as a musician he wants one more mode to go, go, go! Shipp puts his melodic ear to the test of color and shade, relying on his bandmates to fill in shape, texture, and chromatic backdrops. His over-handed arpeggios come more from Scriabin than from Ellington, it's true, but his wide chords are inherited from theAndrew Hill lineage. Each section has its own character, as if Shipp was trying to create a whole from the void, make it manifest itself a bit at a time. His constructive interval work creates a sonic architecture that offers multifaceted freedoms to his horn players, and a blank check to Parker to go where thou will. In just under and hour, you have moved from the country to the city, the forest into the cave, and from the pale darkness to a sunlight refracted in the light of a thousand prisms. It is a stunning work, really, that showcases Shipp at the height of his compositional and improvisational powers, and points the way to the flowering of his vast talent as an arranger as well. Most artists wait for an entire career to release a recording this full of life, breath, and vision. Shipp is releasing them, it seems, multiple times a year.
Thom Jurek ~ allmusic.com
Лог создания рипа
Содержание индексной карты (.CUE)
auCDtect Task Manager
Any questions -> support@pro-jazz.com. По всем вопросам пишите -> support@pro-jazz.com
—
170
M0p94ok
Нет комментариев. Ваш будет первым!
Войдите или зарегистрируйтесь чтобы добавлять комментарии