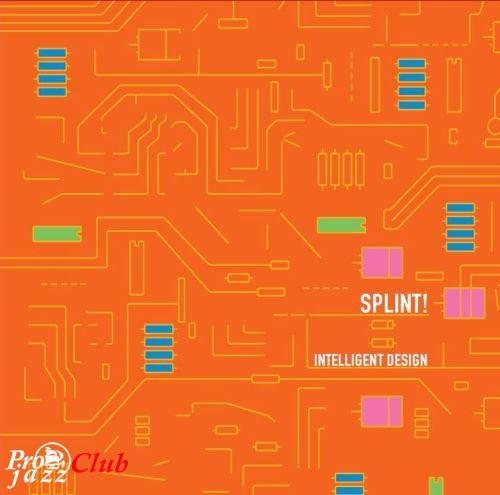 Треклист:
1 The Solar Cell 8:37
2 The Lyre 5:37
3 The Brick 4:36
4 The Thriller 4:49
5 The Serenade 5:07
6 The Fugue 3:38
7 The Radio 4:31
8 The Chaos Theory 6:30
9 The Vintage Port 4:53
Лог создания рипа
Содержание индексной карты (.CUE)
Лог проверки качества
Доп. информация:
Forest Gospel Review
If you are considering a trap with which to lure in and capture a real live actual witch, I submit to you this as a plan: carve out the insides of your house and lop off the roof. You’ll want to have full view of the open sky. Let it be on a night where the sky is painted with tar. The interior of your residence should be rife with the debris from your carving; add soil, preferably Indian clay, and stir (this is what a witch uses for bedding). Then, lock the volume parameters for your stereo system to the toppest notches of its volume capacity and play Splint!’s sophomore record, Intelligent Design. If that doesn’t attract ‘em by the busloads, nothing will (note: the capturing part, something which I am unfamiliar with, will by up to you and your own personal research; whatever happens, this will be an apt soundtrack). Following up their absolutely delicious debut, Moro, on the now-dormant Lampse record label, these Scandinavians have only grown more controlled and deeply disturbed in their particular mode and manner of electro-acoustic free jazzness. Intelligent Design begins slowly, minimal and serpentine, glumly flexing its muscular frame as the brassy bleatings sing morosely among the electronic bleeps and blips and pinging reverb. They way they build tension reminds me more than a little of a jazz oriented Ben Frost. It’s a free floating, brothy soup; a haze of roaming instrumentation. Cantankerous and carnivorous both, Intelligent Design breaks away briefly on “The Brick” into something less witch-luring and more bewitching. Acting as the album’s centrifuge, “The Brick” adds Malin Dahlstrom’s soulful vocals to Splint!’s characteristically dark beauty. The results are revelatory amidst the disorienting-yet-delectable mess of tracks that fill the rest of Intelligent Design. Really, it is one of the best singles of the year. Yet it doesn't outshine the record as a whole. The album is perfectly weighted, rigorous and ascetic, accumulating a steady rumble of static-based percussion that clicks and pops relentlessly into its penultimate track before breaking into a blithely realized ascension for the finale. It’s good. It’s that good.
Состав
Jon Fält: drums, percussion, sampler
Gunnar Halle: trumpet, electronics
Nils-Olav Johansen: guitar, synthesizers, electronics
Johannes Lundberg: double bass, keyboards, electronics, producer, mixing, mastering
Disdishdance: vocals (3)
Any questions -> support@pro-jazz.com. По всем вопросам пишите -> support@pro-jazz.com
—
160
M0p94ok
Нет комментариев. Ваш будет первым!
Войдите или зарегистрируйтесь чтобы добавлять комментарии