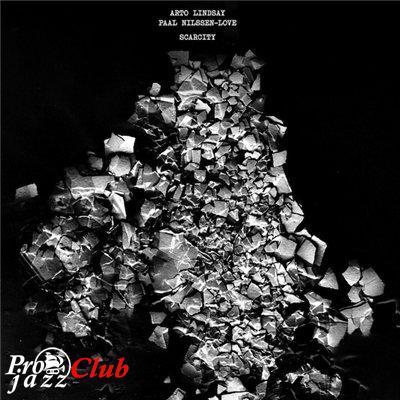 Треклист:
ARTO LINDSAY
PAAL NILSSEN-LOVE
SCARCITY
Жанр: Free Improvisation
Страна-производитель диска: Norway
Год издания: 2014
Издатель (лейбл): PNL
Номер по каталогу: PNL020CD
Аудиокодек: FLAC (*.flac)
Тип рипа: tracks+.cue
Битрейт аудио: lossless
Продолжительность: 25:34
Источник (релизер): спасибо 6060842
Наличие сканов: front
Треклист:
1. Scarcery 1
2. Scarcery 2
Лог создания рипа
Содержание индексной карты (.CUE)
Об альбоме
In July of 2013, Norwegian jazz drummer PAAL NILSEN-LOVE was slated to perform a solo set at Audio Rebel in Rio De Janeiro, Brazil. To the delight and surprise of all in attendance, he was joined on stage by on-again/off-again Brazil resident and No Wave demigod ARTO LINDSAY (DNA, LOUNGE LIZARDS, GOLDEN PALOMINOS etc) on guitar and vocals.
The duo proceeded to rip through a couple extended jams that featured Lindsay at his most skronky and frenetic, bringing to mind all the art-damaged beauty and angular aggression of his early work, but in a long-form freakout style which gave his playing more time to evolve and stretch out than it could in one of DNA’s tightly-compacted jams. Paal Nilssen-Love matched Lindsay every step of the way, pushing the sonic assault forward with an air-tight combination of spattering jazzy explosions and rock-solid grooves.
The collaboration was recorded for posterity and the resultant record is Scarcity. Of the performance Nilssen-Love wrote: “The gig was amazing and we were both drenched in sweat and we agreed that we have to do more.” Sure enough, the duo got back together this June for the Moers Festival in Germany. That full performance was captured on video and is definitely worthy of your attention as well. Scarcity is available now from PNL. As to whether the duo will continue to collaborate, we can only hope. (John Bittrich)
Состав