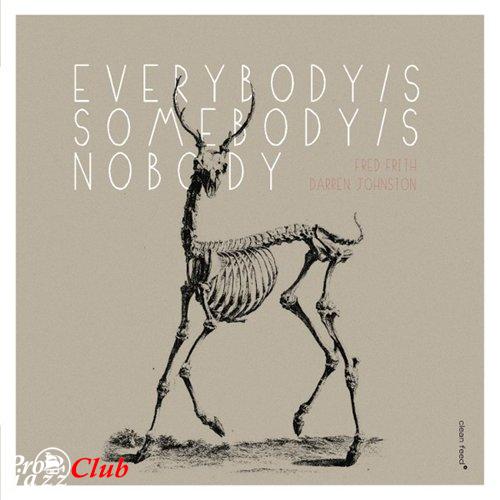 Жанр: Free Improvisation, Avant-Garde Jazz
Год издания: 2016
Издатель (лейбл): Clean Feed
Номер по каталогу: CF357
Страна исполнителя (группы): UK/USA
Аудиокодек: FLAC (*.flac)
Тип рипа: tracks
Битрейт аудио: lossless
Продолжительность: 45:47
Источник (релизер): WEB (спасибо rafio)
Наличие сканов: нет
Треклист:
1. Barn Dance
2. Scribble
3. Luminescence
4. Everybody's Somebody's Nobody
5. Bounce
6. Morning and the Shadow
7. Down Time
8. Rising Time
9. Scratch
10. Ants
11. Standard Candles
Лог проверки качества
Об альбоме
This is an album of duets by Fred Frith (guitar) and Darren Johnston (trumpet). To state it quite matter of factly, like that, seems to do the music a disservice as the creativity of the way the instruments are handled to create different tones and sounds often makes it appear like there is much more happening than a series of duets.
Between the two players we are treated to percussive and prepared guitar sonorities, which at times conjure-up references (in their quality of sound and not necessarily their musical language) anywhere from Gagaku (traditional Japanese court music) to North African percussion, stopping off at mechanistic and sounds of industry on the way, with Johnston’s pining trumpet tone being extended with rasps, percussive tongue slaps and breath sounds.
Overall the album contains a cinematic quality to it, á la Mark Isham’s atmospheric soundtracks. It’s not surprising that the genesis of this collaboration was to produce some music for a short dance film. However, these pieces are no soundscapes, or sound effect titbits as they contain strong musical ideas and sounds with real grit and texture, the album taking on a life of it’s own beyond the initial source of inspiration. The overall feel of the music is full in texture, sometimes with different layers being created and then overlapped. There is also a lonesome feel to the music at times, an isolation that is reflected in the title of the album.
Just to pull out a few tracks, the album starts with ‘Barn Dance’ with it’s atmospheric vibe, continues with ‘Scribble’ a piece of free improv with it’s partner piece ‘Scratch’ coming later in the album (also coincidentally sharing similar sounds and the title of a John Stevens text piece), and ‘Luminescence’, a title not lightly chosen it would seem as ‘cool’ muted Miles Davies-esque trumpet tones play fragmented melodies over Frith’s subtle looped guitar creating a full and warm glowing piece.
Consisting of eleven tracks made up of nine duets and two solos, the two musicians bring their own vocabulary of sounds and techniques to the table creating a music which is highly stylistic, experimental but accessible, giving it an immediacy, an authenticity and a creative honesty. (Chris Haines, freejazzblog.org)
Состав