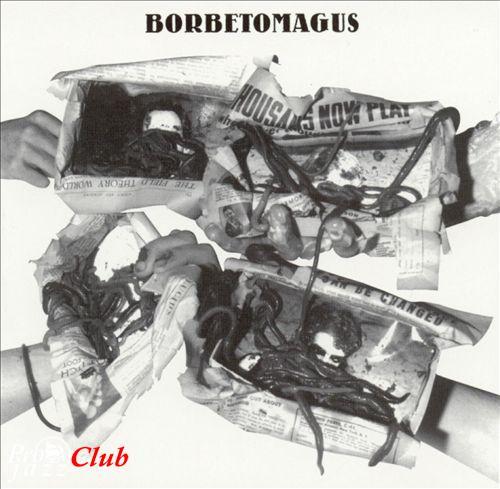 Треклист:
1 Concordat 1 12:13
2 Concordat 2 5:48
3 Concordat 3 5:19
4 Concordat 4 9:28
5 Concordat 5 7:34
6 The Lost Concordat 7:55
Лог создания рипа
Содержание индексной карты (.CUE)
Лог проверки качества
Доп. информация:
AMG Review
This is the very first Borbetomagus recording dating from 1980, finally released on CD in 1995. This was when the band utilized the electronic treatments of Brian Doherty to add depth and dimension to the instrumental attack of saxophonists Don Dietrich and Jim Sauter, and the guitar histrionics of Donald Miller. This is a very different band than the one that emerged a few years later, full of stark raving beauty and rage as a trio. The pieces here are all called "Concordat," and numbered except for the final one, "The Last Concordat," which was not included on the original LP. Here, when played at loud volume, subtly changing colors, tonalities, and shapes enter into sonorific relationships with one another and transform one another via dynamics and phrasing. All of the music here is based on the idea of dissonance as being the only true door to consonance and the notion of musical instruments themselves being capable of a far more credible form of musique concrete than electronic tape on its own. Haunting and hunted soundscapes entwine with one another and become beautiful in their distortion and disfigurement. There is a kind of perverse lyricism in the Borbetomagus sense of drama here, and it works so well that it's hard, at times, to believe that there aren't more improvisers that picked up on their aesthetic. This is a very fine album, and easily the band's most accessible -- though accessible it isn't.
Состав
Electronics [Live] – Brian Doherty
Guitar – Donald Miller
Saxophone – Don Dietrich, Jim Sauter
Any questions -> support@pro-jazz.com. По всем вопросам пишите -> support@pro-jazz.com
—
301
M0p94ok
Нет комментариев. Ваш будет первым!
Войдите или зарегистрируйтесь чтобы добавлять комментарии