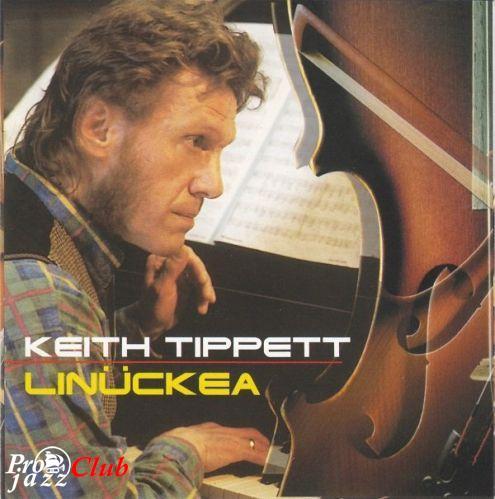 Треклист:
1. Linuckea
2. Let The Music Speak
Лог создания рипа
Содержание индексной карты (.CUE)
Лог проверки качества
Доп. информация:
Album Info & The Guardian Review
Linuckea recorded at Gateway Studios Kingston 3-2000
Engineer Steve Lowe
Producer Daryl Runswick
Let The Music Speak recorded at Gateway Studios for BBC Radio Jazz On 3
Producer Steve Sheppard
Executive producer Trevor Taylor
Artwork: Trevor Taylor / Ewan Rigg
Photography: Peter Symes / Trevor Taylor
Liner notes: Steve Day, Keith Tippett, Trevor Taylor
Plenty of CDs that come out on small labels in the creative music field are decidedly low-density and low in ambition: they may be worthy attempts at documentation, or as a declaration of intent, but they are hard to value as a repeatable musical experience. Linuckea is different. The music made by Tippett and his colleagues rewards careful listening, resulting in one of the best-value CDs I've heard for a while.
The title track is a 36-minute continuous piece for piano (played by Tippett himself) and string quartet. It exemplifies the freedom and fluidity possible for a composer who is also a great improviser - the boundaries between the two are blurred and in many cases insignificant. Tippett explains his intentions as follows: "One of the differences between preconceived composition and spontaneous composition is that the former is solidified by ink on paper. Within pre-conceived architecture, the opportunity to improvise enables the performers to be creators not just curators."
There's nothing new about jazz pieces with lots of writing or classical pieces with improvisation, but it is still remarkably difficult to put together a skilled creative group that can successfully perform in this way. Or perhaps I should say that the alternatives are so much more easy and straightforward that they are what gets funded and rehearsed for most of the time.
The opening passage of the piece states all its musical concerns from the outset, with assertive ensemble phrases, a long piano figure that drills its way into your memory, a slower, more elastic theme and some intricate unisons that test the string players' ability to hook into a rhythmic feel that is neither jazz nor contemporary classical, but has the qualities of both. Linuckea is riddled with melodies, and both piano and strings exhibit some of the fractured spikiness associated with Tippett since his young band erupted on the British jazz scene three decades ago.
The full line-up is Tippett, playing inside and outside the piano (plus occasional bells and woodblocks), Philip Sheppard (cello), Malcolm Allison (viola) and violinists David Le Page and Christopher George. One of the joys of their performance is that they sound at once like a band jamming and like an assured chamber group. It's Tippett's piece, but it was the string players (or at least three of them) who initiated the commission. Their commitment to Linuckea shines throughout the recording, which is engineered by Steve Lowe and produced by Daryl Runswick. - John L. Walters, The Guardian
Состав
Keith Tippett: piano
David Le Page: violin (1)
Christopher George: violin (1)
Malcolm Allison: viola (1)
Phillip Sheppard: cello (1)
Martha Sheppard: narrator (2)
По всем вопросам пишите личное сообщение пользователю M0p94ok.
—
120
M0p94ok
Нет комментариев. Ваш будет первым!
Войдите или зарегистрируйтесь чтобы добавлять комментарии