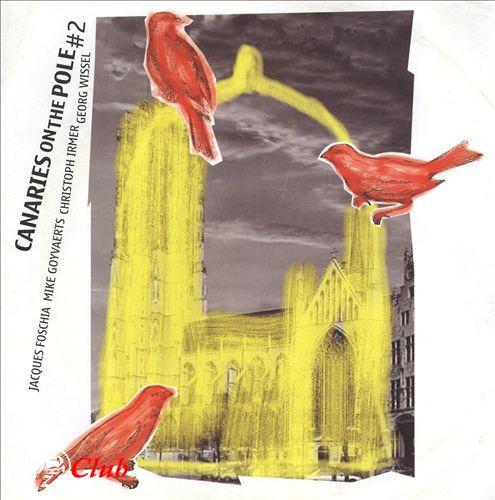 Треклист:
1. May I Help You? 2:23
2. In / Out 14:14
3. Decompression 5:47
4. Fur Lotte 2:15
5. Compression 3:46
6. Once Upon 3:57
7. Fishing For Compliments 3:50
8. 5% 3:00
9. Schone Mullerei 8:02
10. The Great Ippener 3:41
Лог создания рипа
Содержание индексной карты (.CUE)
Лог проверки качества
Доп. информация:
Album Info & Review
All music by Jacques Foschia, Mike Goyvaerts, Christoph Irmer and Georg Wissel
The city sounds on 2. are recorded simultaneously with the band's improvisation by a microphone placed outside the studio.
Recorded June 9, 2007 at Jazzzolder, Mechelen (Belgium) by Johan Vandermaelen, and mastered at Amplus, Aaigem
Supported by John "Sugar Daddy" Rogiers
Images by Georg Wissel
Artwork cover by Carlos Santos
Produced by Ernesto Rodrigues
The opener for this album "May I help you," comes out of the speakers like a clarion call: tight-but-playful improvisation is alive and well. This is the kind of rapid exchange of squeaks, scrapes, plinks, booms, and clatters that graced recordings by the likes of Bevan/Kingston/Lewis and Russell/Durant/Butcher from the U.K., and Reams/Hoskin in the U.S. It's fun stuff, light yet somehow surrealistic. "Fur Lotte" and "Fishing for compliments" are other short pieces that have a similar feel.
Lest the listener thinks she has them pegged, however, along comes a more experimental piece like "In/Out." Perhaps something like an improviser's take on John Cage, the piece is based on the clever idea of placing a mic outside the studio to record city sounds as the band plays inside. The illusion is subterranean: the live studio room paired with the rumble of traffic and sidewalk chatter gives the impression that the listener is down in a manhole with the band. This effect is heightened by the band's use of techniques evocative of the creatures and substances that might inhabit such environs. However, eventually tower bells outside playing hymns take over too much of the sonic space to the point of annoyance. The group begins to seem somewhat at a loss for "words," and the piece with something of a whimper.
But no matter. One of the things setting this CD apart (perhaps paradoxically) from so many other current documents of improvisation is its promise of variety. After a few tracks, it becomes clear that the unexpected is to be expected.
Surely one element that explains this is that the group is capable of unusual singularity of vision. For example, on "Schone Mullerei," all of the players initially commit to a frantic non-tonal rattling and burbling. Just when it seems that they are being too hesitant and conservative with the music, the stasis is beautifully broken as one of the players begins bellowing in a horn-like sound.
On this and a couple of other pieces the musical development rivals the control and drama of compositions. "Decompression" shows that the group has good ears for outside harmony. Long slow tones where nearly all are well chosen to maintain the haunting sense of mystery. The counterpart, "Compression" is a quieter piece. the horns and violin practicing whispery overtones while the drummer makes soup in the other room. My favorite track on the CD, "Once upon," has an impressive sense of drama, the evolving shapes of the sounds and techniques unfolding a story for the listener. An incredible degree of listening-based interplay is going on here, where the players seem to either know each other's playing extremely well; or perhaps they're psychic. - Wyman Brantley, SquidsEar
Состав
Jacques Foschia: Eb & bass clarinets
Mike Goyvaerts: percussion, objects, toys
Christoph Irmer: violin
Georg Wissel: "prepared" alto & tenor saxes, objects
По всем вопросам пишите личное сообщение пользователю M0p94ok.
—
311
M0p94ok
Нет комментариев. Ваш будет первым!
Войдите или зарегистрируйтесь чтобы добавлять комментарии