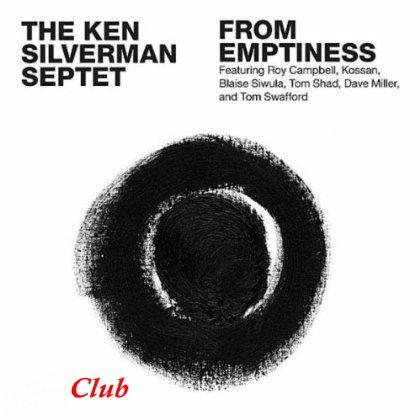 Треклист:
1. From 22:03
2. Empti 6:27
3. Ness 4:28
4. Thought 7:56
5. And Emo 13:48
6. Tion 2:34
7. From (Reprise) 1:12
Лог создания рипа
Содержание индексной карты (.CUE)
Лог проверки качества
Доп. информация:
Album Info & AAJ Review
Produced by Ken Silverman and Soundseer Records
Recorded November 2009 at Future Sound, NY
Recorded and mixed by Ivan Evangelista
Mastered by Matthew Agoglia
Paintings by Ken Silverman
Design by www.quae.gd
Thanks to you the listener and special thanks to the musicians. A word about Kossan: a practicing Buddhist monk, I met him while he was chanting in front of the Metropolitan Museum of Art a few years ago. He was game for trying improvisation and proved to be a natural. The centerpiece of this recording is "From", which is an orchestral arrangement designed to create improvised episodes of shifting instrumental combinations. The other pieces are all free improvisations. I hope you enjoy. (Ken Silverman, NYC 2011)
Guitarist/oudist/composer Ken Silverman's From Emptiness is an overtly theatrical and intensely spiritual work. From the abstract, Zen-like, black and white cover art to the chanting of the Buddhist Monk and Sanshin player Kossan that opens and closes the record, the profound spirituality of the music is quite apparent.
The titles of the tunes spell out the sentence "From Emptiness Thought and Emotion," and even though there are seven individual tracks, the music is conceptually one long suite, with an intermission placed before the hypnotic "And Emo" and subsequent "Tion" which change the momentum by creating a repetitive theme where instruments and vocals swirl around each other in an ever-expanding eddy of harmony and sound. The coda-like "From (reprise)," a second take of Kossan's opening chant ends the album.
The theatricality of the compositions and improvisations are not just formalist affectation, but a necessary part of the creative process, as different musical instruments wander, in pairs, onto the virtual stage—the horns first, followed by two pairs of string instruments—building the theme. Here and there, homages to more traditional jazz styles appear; near the middle of "From," clarinetist Blaise Siwula and trumpeter Roy Campbell start a duet that briefly harks back to the early days of New Orleans jazz, before they break into freer improvisations. The rest of the track introduces different combinations of instruments chatting back and forth, with Dave Miller's arrhythmic but quite evocative drumming pushing the musical action forward.
The rest of the music is essentially free group improvisation that keeps one foot in composition, while expanding its wings on flights of wild fancy.
Despite their various origins, the instruments do not sound at odds with each other but are surprisingly harmonious. Silverman's oud and Cambell's flute, on "Ness," weave an Arabic sounding melody, while Siwula's free alto sax and Tom Swafford violin's atonal violin add a clearly modern western flavor. On "Thought" Campell's brassy flugelhorn, backed by Silverman on hand percussion, resonates well with Tom Shader's Turkish Cumbus, creating a 1001 Nights-like fairy tale of a melody.
With this challenging yet immensely rewarding disc, Silverman and his septet of accomplished musicians have created a work of unique mysticism, drawing upon multiple different cultures to for a near-masterpiece of improvised music.
Состав
Ken Silverman: electric & acoustic guitars, oud, hand percussion
Roy Campbell: trumpet, pocket trumpet, flugelhorn, flute
Kossan: chanting and sanshin
Blaise Siwula: alto saxophone and clarinet
Tom Shad: turkish cumbus
Dave Miller: drums
Tom Swafford: violin
Any questions -> support@pro-jazz.com. По всем вопросам пишите -> support@pro-jazz.com
—
160
M0p94ok
Нет комментариев. Ваш будет первым!
Войдите или зарегистрируйтесь чтобы добавлять комментарии