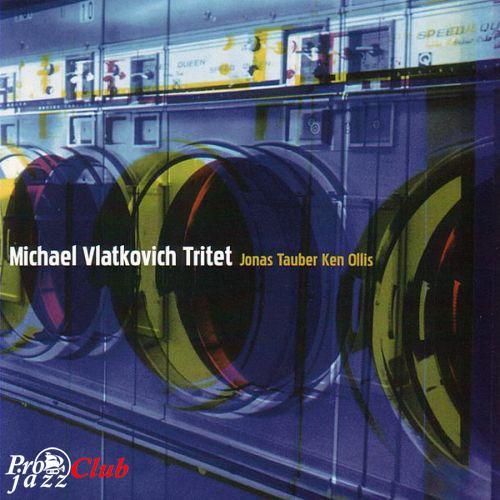 Треклист:
1. Our Costumes Should Tell Us Who We Are And What We Think 6:27
2. The Length Of The Tail Doesn't Really Matter But It Does Have To Be Bushy 10:41
3. My Other Name Is Longer By Two Letters Each 6:24
4. The Daily Parade Dragging Their Lives Behind Them 3:01
5. All Flat Deebee Geegee Too 4:33
6. Blue Peepers 7:10
7. South For Winter 6:26
8. Queen Dynamo 8:57
9. The Blue Robes 9:54
Лог создания рипа
Содержание индексной карты (.CUE)
Лог проверки качества
Доп. информация:
Album Info & AAJ Review
Music composed by M. Vlatkovich
Recorded and mastered by Sean Flora at Alberta Music Collective
Produced by Michael Vlatkovich
Executive producer: Jonas Tauber
Artwork by Harlan Goldberg
Layout & design by John Bishop/OriginArts
Liner notes: Dorothea Grossman, Los Angeles, CA, September 2003
It's hard to say how the average jazz fan comes to an appreciation of improvised music—and we're talking here spontaneous compositions, not merely an improvised solo in the middle of a mainstream song. One avid listener's introduction to the genre occured some years ago at a concert/lecture in a small state college auditorium. Two young musicians—bass and piano—held forth with a very interesting history of twentieth century jazz, from Louis Armstrong through Ellington and bop and fusion, playing examples of each along the way.
Almost an afterthought, it seemed at the time, was their closer, a five minute song composed on the spot that lit the room up. Vibrant, edgy, full of unexpected twists and spirals and jagged happy little turns. It got the biggest round of applause of the day. Most in attendance, I'd bet—excepting the musicians' friends—had never heard anything quite like that.
Trombonist Michael Vlatkovich's vibrant new disc of improvised music, Queen Dynamo, offers the same kind of interest and excitement. I first came across Vlatkovich on trumpeter Rob Blakelee's Last Minute Gifts' (Louie, 2000), a classic, brassy quartet outing of spontaneously composed songs. On Queen Dynamo Michael Vlatkovich employs a tritet, or trio, with Jonas Tauber on bass, and Ken Ollis in the drummer's seat.
The sound here, on the freer end of the jazz spectrum, is based on the induividual players listening to and reacting to each other, involving themselves in spirited conversations. And the voices in these three-way conversations are quite assured, assertive, without ever devolving to argument or boisterous cacophonies.
Vlatkovich uses the plunger a bit, and he growls at times, but for the most part he employs a straightforward trombone sound. His bandmates share his vision: bassist Jonas Tauber brings his instrument to the front line a good deal of the time, and the guess here is that he's classically trained; his assertive bowing adds some beautiful stretched textures to the sound. Drummer Ken Ollis lays back mostly—very effectively—in a accompanist's mode, sometimes adding just a whispered percussive undercurrent behind the two relative blowhards (meant in the best possible sense of the word) up front. And having just written that, I pause at the keyboard to listen to the drummer add dashes of color behind some dark hues on "South for the Winter."
A first rate set of improvised sounds, very accessible to anyone who's gone there, yet still adventurous and always interesting. You never know where these guys are going next, and that's a big part of the appeal, of course.
Состав
Michael Vlatkovich: trombone
Jonas Tauber: bass
Ken Ollis: drums
По всем вопросам пишите личное сообщение пользователю M0p94ok.
—
153
M0p94ok
Нет комментариев. Ваш будет первым!
Войдите или зарегистрируйтесь чтобы добавлять комментарии