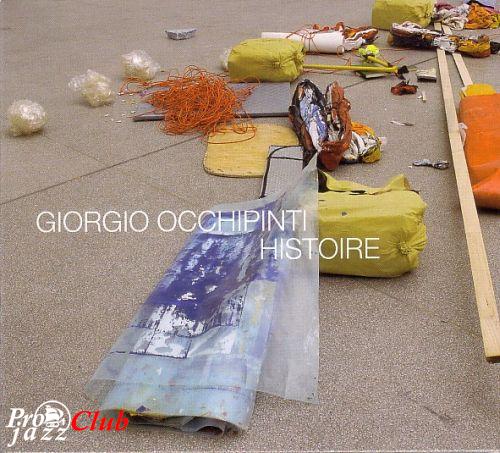 Треклист:
1. Cantata Perpetuelle Et Hypnotique 16:24
(Dedicated to my idealistic and circular idea of the art and life)
2. Revolution 18:06
(Dedicated to the strength of own ideals)
3. Histoire D'Un Sicilien A Paris 19:20
(Dedicated to the lands that I Love)
Лог создания рипа
Содержание индексной карты (.CUE)
Лог проверки качества
Доп. информация:
Album Info & AMG Review
All compositions by Giorgio Occhipinti
Recorded at 4tune Studios, Vienna, October 12 and 14, 2001
Editing and mixing October 15 and 16, 2001
Sound engineers: Martin Klebahn and David Petermann
Photography: Gerald Domenig
Cover-photo: Exhibition Urs Frei at the Sezession, Vienna, 1999
Graphic design: fuhrer vienna
Artistic director: Franz Koglmann
Special thanks to Luigi Santosuosso, Ingrid Karl (Wiener Musik Galerie), Max Nagl and all the musicians of the group
Liner notes: Giorgio Occhipinti
The problem with music that cannot be pigeonholed is that it tends to make people uncomfortable, something that might amuse Italian composer/pianist Giorgio Occhipinti, who as much as any other musician in recent memory obfuscates the border between classical music and jazz. The word "obfuscates" is probably on target when you consider how Occhipinti describes in his liner notes what he is trying to accomplish on his Histoire recording: "...Heterogeneous idioms and emanations of the creative cosmos filtered and subsumed into an exclusive code of my own, perpetually devoted to the screening of globality and circularity." Well, there are three pieces, each 15 to 20 minutes, and each utilizing the odd instrumentation of a string sextet, two clarinets, piano, and drums, often giving the group's sound a somewhat thin and airy timbre. There is a consistently bird-like tweeting, a result of the violins and clarinets, which cry out for complementary brass. Occhipinti proudly covers historical ground: at times he composes with an eye to the distant past, reflecting his love for "ancient music," but he also appreciates the present, and a piece such as "Revolution" combines some fine avant-garde piano improvisation with lengthy sections of chamber music that are subtly subverted. Little that is here is likely to grab you; a more common reaction might be to raise an eyebrow in wonder. It does not fit any categories easily, not even ones on the edges that self-consciously do not fit anywhere else. Perhaps it is quintessentially third stream, pointing to something entirely new. At times there is great density, at others a lightness of being. The improvisational element, while important, is not critical to the realization of the compositions, and it is often difficult to tell, other than for the piano and occasional clarinet solos, which parts are improvised. Sometimes sections seem to drag on too long, but there is a sense that much of it is sophisticated and often daring. There is enough to offend almost everyone: for the jazz-oriented it is likely to sound too "straight," much too "classical." For those coming from the orientation of classical music, it may not sound "serious" enough or as with some of Alfred Schnittke's marvelous "Symphony No. 1," naysayers might think it smacks of gimmickry. All of which, of course, makes it all the more seductive.
Состав
Global Music Nonetto:
Giorgio Occhipinti: piano, direction
Sonia Slany: violin
Joanna Lewis: violin
Nico Ciricugno: viola
Tiziana Cavaleri: cello
Giuseppe Guarrella: double bass
Matteo Gallini: soprano and bass clarinet
Olivia Bignardi: soprano and bass clarinet
Antonio Moncada: drums, kettledrums
По всем вопросам пишите личное сообщение пользователю M0p94ok.
—
150
M0p94ok
Нет комментариев. Ваш будет первым!
Войдите или зарегистрируйтесь чтобы добавлять комментарии