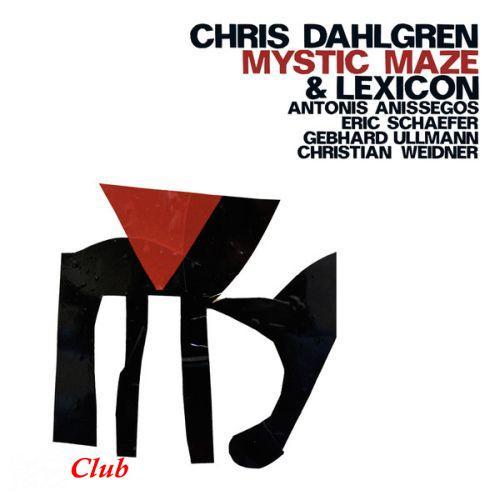 Треклист:
1. A Mystic Maze 4:45
2. Repetition Unit 1 2:46
3. 'Painless Dentistry' No. 1 10:25
4. Great Desires Of The Modernists 1:33
5. Reminiscences On The Fourth Quartet Of Bela Bartok 6:44
6. It Was As If Two People Were Improvising Against Each Other 3:39
7. Mesto 1:55
8. 'Painless Dentistry' No. 2 7:15
9. The Composer Promenading The Keyboard In His Boots 4:40
10. Bitter Champagne 2:57
11. Repetition Unit 2 2:19
12. 'Painless Dentistry' No. 3 5:48
Лог создания рипа
Содержание индексной карты (.CUE)
Лог проверки качества
Доп. информация:
Album Info & AAJ Review
All compositions (C)2008 by R. Chris Dahlgren except 7. by Bela Bartok, arrangement by R. Chris Dahlgren
Recorded June 3, 2008 at Traumton Studios, Berlin
Engineer: Markus Mittermeyer
Vocal tracking and mixing by Peter Liljeqvist and Chris Dahlgren at Height Mansion Studios, 2008, Berlin
Mastering: Studio Von Buktu, Wuppertal
Produced by Chris Dahlgren
Executive producer: Ulli Blobel
Artwork: Chris Hinze
Photos (C)2009 by Wolfgang Siesing
Design: wppt:kommunikation, Klaus Untiet
Liner notes: Tobias Richtsteig, Chris Dahlgren
Critics don't always get it right. Surprisingly, their keen critical faculties can desert them and, sooner or later, they are left looking and sounding foolish. In the first half of the twentieth century music critics were routinely dismissive of Hungarian composer Béla Bartók's work, often with a level of vitriol rarely seen in these enlightened times. Somewhat belatedly (for Bartók, who died in 1945), Lexicon, led by the Berlin-based American bassist Chris Dahlgren, has taken up the cudgels on the composer's behalf, seeking revenge on the terrific Mystic Maze.
Musician and composer Nicholas Slominsky collected some of the worst (or best) critical tirades in his 1947 book, Lexicon Of Musical Invective. Many of these tirades were directed at Bartók's work, and Dahlgren uses six of his most outlandish as the lyrics (if that's what they can be called) for half a dozen of the tunes on Mystic Maze. He chose wisely, for the writings are not only extreme but they are also exceptionally inventive and at times hilarious.
All of the chosen texts are by American or British critics. Dahlgren delivers the words in a voice that crosses the vocal on Will Powers' hit tune "Kissing With Confidence" with the tone of a slightly annoyed android. It's a pity that the critics are not able to collect some well-deserved royalties. A 1945 letter from Alan Dent to fellow drama critic James Agate provides the words to "Reminiscences On The Fourth Quartet of Béla Bartók," describing the Allegro as "the belly rumblings of a little boy acutely ill after a raid on an orchard." Frederick Corder's splendid 1915 critique in the Musical Quarterly gives "The Composer Promenading the Keyboard in His Boots" its title and its closing phrase—a description of Bartók's work as "mere ordure" which Dahlgren delivers with as much contempt as any man could muster.
The quality of the music consistently matches the inventiveness and imagery of the words—which is no easy task. Reed players Gebhard Ullmann and Christian Weidner are the key to the music's somewhat archaic and other-worldly beauty. Dahlgren's bass playing prowls and lopes under the melodies, working in partnership with Eric Shaefer's excellent percussion. Shaefer, drummer with the outstanding German trio [em], is especially adept at using his cymbals and hi-hat to both drive the tunes and create a lightness of mood: his partnership with Dahlgren is particularly strong on the delightfully fractured "Repetition Unit 2."
The instrumental pieces are full of inventive playing, the musicians taking full advantage of the opportunities Dahlgren gives for improvisation. "'Painless Dentistry' No 1" showcases the skills of every one of the musicians, "It Was As If Two People Were Improvising Against Each Other" is much prettier than its title suggests, while the single, short Bartók composition—"Mesto"—is a beautifully reflective piece.
As an instrumental album, Mystic Maze would come highly recommended. Dahlgren's combination of words and music makes it one of the most innovative and entertaining albums of the year: revenge is sweet.
Состав
Antonis Anissegos: piano, wurlitzer, sampler, voice
Chris Dahlgren: double bass, voice narration
Eric Schaeffer: drums, percussion, voice, glockenspiel, sampler
Gebhard Ullmann: tenor & soprano saxophone, bass clarinet
Christian Weidner: alto saxophone
По всем вопросам пишите личное сообщение пользователю M0p94ok.
—
222
M0p94ok
Нет комментариев. Ваш будет первым!
Войдите или зарегистрируйтесь чтобы добавлять комментарии