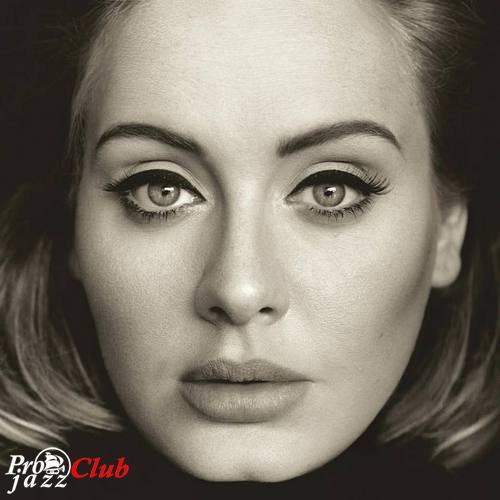 Треклист:
Adele • 25
Жанр: Vocal, Soul, Pop, Singer-Songwriter
Год издания: 2015
Издатель (лейбл): XL Recordings
Номер по каталогу: XLCD740
Страна исполнителя (группы): UK
Аудиокодек: FLAC (*.flac)
Тип рипа: tracks+.cue
Битрейт аудио: lossless
Продолжительность: 48:25
Источник (релизер): спасибо Jojoo777
Наличие сканов: front
Треклист:
1. Hello
2. Send My Love (To Your New Lover)
3. I Miss You
4. When We Were Young
5. Remedy
6. Water Under the Bridge
7. River Lea
8. Love in the Dark
9. Million Years Ago
10. All I Ask
11. Sweetest Devotion
Лог создания рипа
Содержание индексной карты (.CUE)
Об альбоме
Adele’s “25” is a 10. Well, we knew that. “Hello” already has its fans and it’s number 1 everywhere. But “When We Were Young” is so deliciously constructed with a gorgeous hook that we’ll be hearing it every day for the the next ten years. I imagine Tobias Jesso’s stock will rise on Friday like on Apple’s on the day of a new iPhone release. This is maybe the best new song by anyone in years.
While “21” became a touchstone, and sold millions of copies, the songs on “21” are unexpectedly great. Their selection reminds me of how Clive Davis curated records for Whitney Houston. What a beautiful job Adele and her team have done finalizing the 11 main songs (I don’t yet have the extra songs on the Target edition.)
Somewhere in heaven, Dusty Springfield is smiling. Somewhere in England, Alison Moyet isn’t getting credit for laying this groundwork. But here goes– “25” ranges from startling and new to comfortable as a warm slipper. With this album you can drink Champagne, then switch to hot cider.
“Send My Love (to Your New Lover)”– a Max Martin special with a tropical feel. Someone has to study this man’s brain. How can he write in so many genres? And successfully? A good second track following “Hello” heavy and light at the same time.
“I Miss You” brings in Paul Epworth, Adele’s main collaborator through her career. It’s just the two of them– he’s playing everything. An odd choice for the 3rd track. A bit of a speed bump. The only song on the album that needs time. Someone listened to Joni Mitchell’s “Hissing of Summer Lawns” album a lot.
“Remedy” is spare and also full of hooks, co-written with Ryan Tedder. This guy is one of our great songwriters, like John Legend, or Rob Thomas. Someone needs to record a cover album of his songs. OneRepublic is fun but it doesn’t do him justice, it sort of hides him.
“Water Under the Bridge” shows that “Hell0” co-writer Greg Kurstin does know how to make a song move– there will be dance remixes. This is a catchy song, an understatement. You don’t want it to end. A potential number 1 single.
“River Lea” is a modern gospel number from Danger Mouse that mines Adele’s lower register and finds her blissfully in an R&B groove.
“Love in the Dark” — is a big soap opera, and you can already imagine the hardcore fans singing along in darkened theaters and weeping
“Million Years Ago” — also spare, accompanied by guitar, co-written with Greg Kurstin again, recalls a lot of Sixties ballads from “Yesterday When I Was Young” to “Windmills of Your Mind.”
“All I Ask” — the Bruno Mars track. Another ballad, rich with piano, a nice hook, and ready for hankies. Greg Phillinganes’ piano is memorable.
“Sweetest Devotion” — written with Paul Epworth, ends the album proper with a big old fashioned album track (remember those?)– it’s grand and epic, and moves (thank goodness, since we’ve just had a couple of ballads). This is the way to close, on a high note, singing along. Perfect. (Roger Friedman)
Сканы