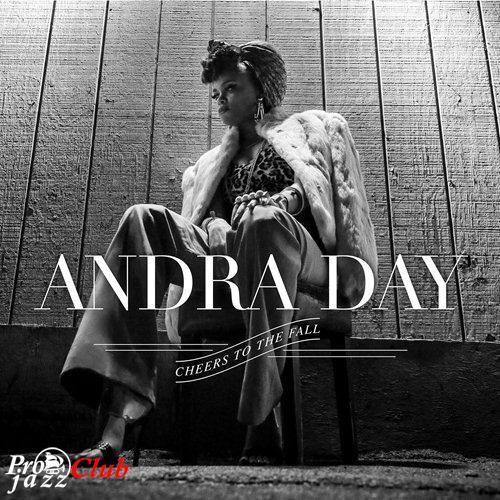 Треклист:
Andra Day / Cheers To The Fall
Жанр: Soul, R&B
Носитель: WEB
Год издания: 2015
Издатель (лейбл): Warner Bros. Records Inc.
Номер по каталогу: 549304-2
Страна исполнителя (группы): USA
Аудиокодек: FLAC (*.flac)
Тип рипа: tracks
Битрейт аудио: lossless
Продолжительность: 0:49:52
Источник (релизер): sagerj <= qobuz (?)
Наличие сканов в содержимом раздачи: нет
Треклист:
01. Forever Mine (3:19)
02. Only Love (3:25)
03. Gold (3:45)
04. Not Today (3:54)
05. Mistakes (3:35)
06. Goodbye Goodnight (4:27)
07. Rearview (4:04)
08. Red Flags (3:48)
09. Honey Or Fire (3:18)
10. Gin & Juice (Let Go My Hand) (3:31)
11. Rise Up (4:13)
12. City Burns (4:53)
13. Cheers To The Fall (3:47)
Лог проверки качества
Об исполнителе (группе)
Официальный сайт
Об альбоме (english)
New artists at times can be fiends for a hit, hopping on any melody that’ll catapult their single to No. 1 on the Billboard charts. Andra Day doesn’t. The soulful, San Diego vocalist uses her vulnerable love notes to lure listeners. Her booming voice doesn’t hurt, either. With the arrival of her Warner Bros. debut Cheers To The Fall (released Aug. 28), Andra hosts an hour-long therapy session for those trying to flourish post-heartbreak or recognize what’s real.
The 13-track offering is instant mood music, With her vocal depth and rustic chords on her usual stage companion, the guitar, Andra could elevate your outlook on life as she does on the opener “Rise Up,” an anthem dedicated to overcoming struggle. “You’re broken down and tired of living life on a merry go round/And you can’t find a fighter, but I see it in you so we’re going to walk it out,” she reassuringly sings.
But life isn’t all good for Andra, though. On her breakout track “Gold,” she croons about having it good in a previous relationship until someone more enticing comes along, only to prove the grass isn’t always greener elsewhere. Her mind is still cloudy with emotions as she yearns for her lover to remain faithful on “Forever Mine,” but she later gets a wake up call in the form of a tough heartbreak. On the piano-driven “Rearview,” Andra looks back on a past relationship that started off sweet, but took a sharp turn for the worst: “Once we were two dancing souls/Now all that’s left are skull and bones.” Sacrifice is necessary to grow, a theme she frequently visits on this album.
Regardless of your relationship history, Andra Day aims straight for your heart on Cheers To The Fall. If you’ve just closed the book on a longterm relationship, “Only Love” serves as a cautionary tale for Valentine et al: you’ll get the happy days you deserve, but what can bring you joy can also bring you even more heartache. Have you ever devoted your time and energy into a relationship, just to find out those years you spent trying to fix the kinks didn’t matter since the foundation was cracked? Well, “Goodbye Goodnight” will speak to your soul.
Despite the gloomy forecast, Day refuses to give up that easily. “Not Today” soundtracks the fight to salvage a relationship instead of throwing in the towel after a few bumps. Love’s better side also makes its triumphant return on “Mistakes,” where Day and her partner have weathered “the darkest storm” in order to get back to where they were before, on Cloud Nine. Her fear of messing up evaporated as she boldly belts, “The mistakes I made won’t hold me back again.”
Before pulling the curtain on her album, Andra plunges deep into life on “Cheers To The Fall.” Yes, she’s done wrong, took unsolicited advice, but these are lessons she chose to learn for herself, a feeling any millennial could cosign. The beauty in Andra’s art is that the message applies to all. All we need to do is listen.
PS По просьбе oQAVqbo. Здорово поет Эндра, как не раздать!