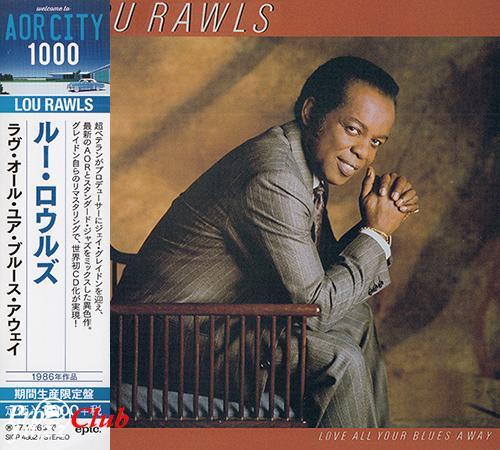 Лог создания рипа
Содержание индексной карты (.CUE)
Об альбоме (сборнике)
We have all heard the crooning voice of Lou Rawls (1935 - 2006) through his biggest hits such as "You'll Never Find Another Love Like Mine", “See You When I Git There” and “Lady Love”. From gospel, R&B to soul and jazz to blues and straight-up pop, Lou Rawls was a consummate master of African-American vocal music whose versatility helped him adapt to the changing musical times over and over again while always remaining unmistakably himself. Rawls' smooth, classy elegance permeated nearly everything he sang, yet the fire of his early gospel days was never too far from the surface. Rawls always remained a highly visible figure on the American cultural landscape, pursuing an acting and voice-over career in addition to his continued concert appearances, and doing extensive charity work on behalf of his consuming passion, the United Negro College Fund. “Love All Your Blues Away” is not his best album. Quite honestly I didn’t even know it existed until recently, but it’s an interesting find. Produced by the great Jay Graydon, with contributions by David Foster, it has become sort of an obscure “West Coast” classic. It embodies a mixture of typical 80’s synthesizer-pop and classic Rawls soul and jazz ballads, which seem to come from two different production camps, most likely in an effort to maintain Rawls current with pop music developments of the time and at the same time remain true to his fan base.