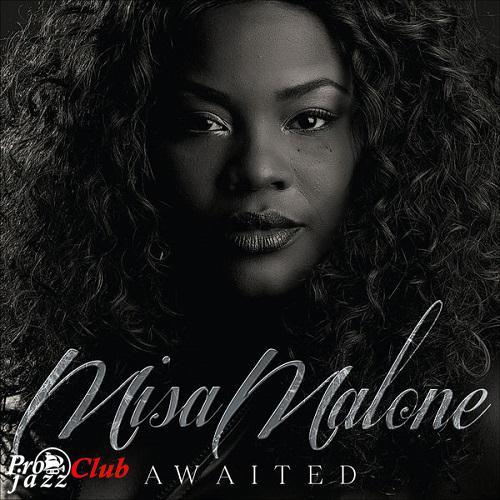 Треклист:
Misa Malone / Awaited
Жанр: soul, funk, r&b
Носитель: WEB
Страна-производитель диска (релиза): USA
Год издания: 2015
Издатель (лейбл): Tate Music Group
Страна исполнителя (группы): USA
Аудиокодек: FLAC (*.flac)
Тип рипа: tracks
Битрейт аудио: lossless
Продолжительность: 41:50
Источник (релизер): deep000/qobuz
Наличие сканов в содержимом раздачи: нет
Треклист:
01 He Awaits (04:42)
02 Can't Get Enoug (04:36)
03 My Love (04:09)
04 Confetti (04:16)
05 Behind (03:33)
06 Busted Love (04:42)
07 That Bounce (03:53)
08 Love Me Or Leave Me (03:35)
09 This I Do (04:27)
10 Still Wondering (03:58)
Лог проверки качества
Об исполнителе (группе)
Misa Malone ......is the daughter of a singer, who was, naturally, the daughter of a singer, and was introduced to the joy of singing at a very young age. Raised in the Church and singing lead in front of The Sunshine Band at the tender age of 7 years old, singing became the way to express love and joy; the love of God, and the joy of living and all that it entails. So, Misa sang. She sang at Church, in elementary school, junior high, and so on, always singing; and while singing was something that she has always done and enjoyed, it is from the music that Misa derives true pleasure. Music became a living thing in Misa's life and became something that physically moved her. She was an accomplished dancer and model, and through her teens and early adult hood, was featured in several music videos by prominent Bay Area Artists. It was in her early adulthood when Misa decided it was time to explore the art of making music.
A poet and storyteller, also from a young age, she began writing songs, and singing them. Initially singing backgrounds and "flava" on local rap artists album projects, to joining female vocal groups, and working on and writing material in studio with some of the best Producers in the business, to finally, working with bands in front of live audiences. It was there in front of all of those people that Misa found her home. "Being in front of an audience - creating music, sharing emotion, and having it shared with you, there is nothing like it. It's something that cannot be recreated in a studio, there is this energy that is tangible, almost touchable - it's wonderful." It was this love of live audiences that led Misa to seek out other ways to reach them: gospel plays, artist showcases, and playing in nightclubs, which ultimately led her here: The solo career. "I am a novice to music, a student. There are so many different facets, and so many intricate nuances to creating music and harmony. I have been blessed to work with some truly remarkable people, and afforded the opportunity to tap a vast knowledge base, a font of musical information. This subsequently, caused me to grow in my own music on so many different levels. It's humbling. It's awe inspiring."
But "Awesome" and "Awe-Inspiring" are just two of the words Misa's audience use to describe her performances and her amazing vocal talent. An onstage performer with the longest running musical in the world, Beach Blanket Babylon, she was blessed to perform for the Legendary Tony Bennett, and he blew her kisses!! “That whole event was surreal. I mean, this was TONY BENNETT, blowing me kisses and telling me how wonderful I was. I don’t think my feet touched the ground for the rest of the day. Honestly, I have had some amazing opportunities working with Beach Blanket Babylon. I am truly blessed.”
After a long wait, Misa is working on her sophomore release, to follow up her award winning freshman release, Shades of Blue. "That first CD was a birth of many things, lessons learned, love and chaos, all of the things that make life worth living. I was at the beginning of a life quest into the realm of solo musicianship, now that I have a better understanding of who I am as an Artist, and where I want my music to lead the listener. I am excited to record this edgier more mature Smooth Soul project."
Об альбоме (сборнике)
Misa Malone's new album, Awaited, is a compilation of powerful songs that will take you from jumping and dancing to sighing in reflection of past heartbreak. Awaited, embodies "Smooth Soul" and presents it to the masses with a fierce and fiery musical collection.