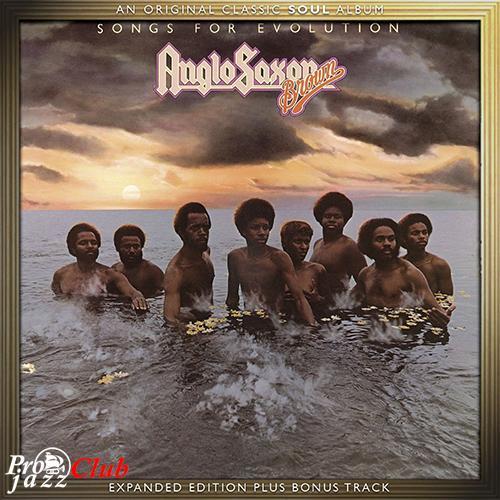 Лог создания рипа
Содержание индексной карты (.CUE)
Об альбоме (сборнике)
SoulMusic Records is proud to present the worldwide CD debut of Songs For Evolution the only album recorded by the group Anglo-Saxon Brown, considered a much sought-after collectable LP among rare groove music buyers and DJs alike.
• An expanded edition with one bonus track (the lone 1976 single, ‘Straighten It Out’ released by Atlantic), Songs For Evolution was produced & mostly written by the Philadelphia team of Joseph Jefferson & Charles Simmons, who had penned a number of classic ‘70s hits for the Spinners including ‘Games People Play,’ ‘Mighty Love’ and ‘Love Don’t Love Nobody’) and recorded at famed Sigma Sound studios in Philly with string arrangements by Jack Faith, featuring the Don Renaldo Strings along with guitarist Bobby Eli.
• An accomplished ten member band based in Richmond, Virginia, Anglo-Saxon Brown was the 1976 iteration of the group Ujima, who recorded singles for Epic Records between 1973-1975.
• Female vocalist Debra Henry was the featured lead on key cuts such as UK rare groove favourites, ‘Gonna Make You Mine’ and ‘Call On Me’ with guitarist Clemente Burnette duetting with her on ‘I’ll Keep Lovin’ You” and lead on ‘Straighten It Out.’
• Songs For Evolution is a superb example of the classic mid-‘70s Philly sound; the reissue of this musical hidden gem includes extensive notes by renowned U.K. writer Charles Waring with quotes from producer Jefferson and members of the band; and great mastering by Donald Cleveland.