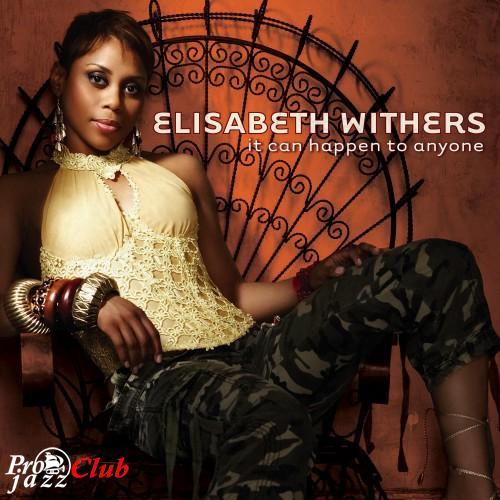 Об альбоме (сборнике)
It Can Happen To Anyone is the debut studio album by American Neo Soul and R&B singer-songwriter Elisabeth Withers, released by Blue Note Records on January 30, 2007.
Review by Thom Jurek (AMG)
Elisabeth Withers may not be a household name yet, but there's a great chance she will be. It Can Happen to Anyone is her Blue Note debut (and reveals just how much the label's focus has shifted away from jazz since the runaway success of Norah Jones). Withers won a Tony Award for her role as Shugg Avery in the Oprah Winfrey Broadway production of the stage adaptation of Alice Walker's classic American novel The Color Purple. Apparently, Bruce Lundvall, the CEO of Blue Note, quite unexpectedly caught her singing act in a nightclub and signed her on the spot. Hopefully, Blue Note will know how to promote an artist as talented as Withers. She's more than a singer; she is also a songwriter, and she either wrote or co-wrote eight of the 11 cuts here. Vocally the only person in her league is Anita Baker. Like Baker, Withers has a big throaty delivery and knows how to walk the knife edge of sweet, bawdy, seductive, and spiritual. The differences between the two are pronounced as well: Withers sings everything from elegant pop-soul to urban to the new uptown pop. There's a double dose near the beginning of the record that offers proof. On "Heartstrings," an urban soul ballad with clever lyrics and beautifully placed strings by producer Toby Gad, the genuine heart and authentic warmth make it soar over the current pap that passes for soul in the marketplace. "Listen" is a midtempo soul tune with teeth and juice. The acoustic guitars, funky bassline, and Withers' on-a-dime delivery make this track infectious. Her in-the-pocket refrain is downright inspirational. Likewise, "Be with You" is one of the sexiest tunes to come down the pike in any genre. There are no unnecessary vocal histrionics from Withers — her natural delivery contains within it silk and grain, slither and swagger. It Can Happen to Anyone is as impressive a debut as listeners are going to get from anyone. If there is any justice, this disc will explode across the board. The production and song choices are alterna-hip enough to resonate with audiences who have never really been exposed to the new urban and uptown soul genres — Jones' crowd will dig this deep. It's slick and lyrically savvy enough to seduce those who think that Ciara and Erykah Badu are still top of the heap, and sophisticated enough to grab those adult contemporary listeners seeking a return to the classic sound of great female vocalists. Get it.
Лог создания рипа
Содержание индексной карты (.CUE)