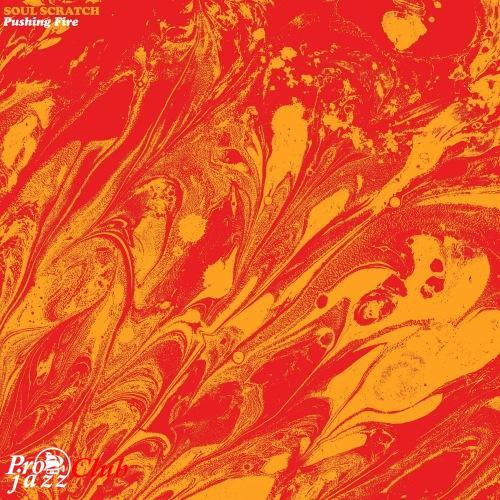 Треклист:
SOUL SCRATCH
Pushing Fire
'
Жанр: Retro-Soul, Funk, Male Vocal
Страна-производитель диска: USA
Год издания: 2017
Издатель (лейбл): Colemine Records
Номер по каталогу: CLMN-12015
Аудиокодек: FLAC (*.flac)
Тип рипа: tracks+.cue
Битрейт аудио: lossless
Продолжительность: 32:58
Источник (релизер): спасибо donkeybrothel
Наличие сканов: нет
Треклист:
01. Pacified
02. Look How Far We've Come
03. The Road Looks Long
04. Odessa Heat
05. It's Not Over
06. Kiss Me in the Morning
07. Be Kind
08. Empty Cup
09. Fireside Lounge
10. Thank You
Лог создания рипа
Содержание индексной карты (.CUE)
Об альбоме
Los Angeles soul mob out to rouse the rabble
Bob Dylan winning the Nobel prize for literature was a seminal moment for many reasons. Not least of which it reminded people what we hadn’t got anymore.
We hadn’t got a movement of artists that gave a shit, that were prepared to stand up and comment on the world around them. All we’d got in 2016 was a load of homogenised, corporate commodities who were part of the problem rather than the solution.
That’s how it seemed anyway. Sure, we still had Billy Bragg, but his most recent record was busy exploring the American Railroad, and in England we’ve got Frank Turner packing halls all over the country with his message of equality and positivity, but like British collective Thee Concerned Citizens asked a couple of years ago: “what happened to the anger?”
Such a question has evidently energised LA based soul troupe Soul Scratch. So much so they’ve devoted the phenomenal first track of “Pushing Fire” to it.
“Pacified” is a visceral classic. It’s second verse is an almost perfect condemnation of the world we live in and one which will see Donald Trump become the most powerful man in the world in just days. “Where’s that outrage now? Where’s my people on the streets? All these corporations got a voice but we sit silent in defeat. Guess we can’t risk our 9-5 on something filmsy as hope. We’ve got the same old addiction to a different kind of coke.”
Consumerism taken apart in such a fashion in less than 30 seconds means it is almost tempting to leave the review there, but “….Fire” has much more to offer.
Dale Spollett has an incredible voice, and he – along with the wonderful musicians he is surrounded by – make this a record that can be enjoyed by just about anyone. “Look How Far We’ve Come” is another mighty slab of angry soul to match the first cut here, but Soul Scratch are a savvy bunch. They know it can’t all be about the awfulness of the world, no, there’s got to be some hope too.
To that end “The Road Looks Long” and “Kiss Me In The Morning” are gorgeous tales of love conquering all and others like “It’s Not Over” are the kind of song that makes sense at 2am when you are reflecting on being truly alone.
A varied collection is rounded out by “Be Kind” and “Empty Cup” which are playful, funky fun and a couple of instrumentals, of which “Odessa Heat” – with its fine guitar licks – is the pick.
“Pushing Fire” is ten songs without any flab whatsoever and is completed by “Thank You” which adds a kind of bluesy vibe and some brilliant organ work and adds to an album that knows its way around the greats but is happy to add its own Californian stamp on things.
This is a quite superb collection and if it leads to a collective waking up of the sleeping masses, then so much the better.
(Andy Thorley, maximumvolumemusic.com)
Состав