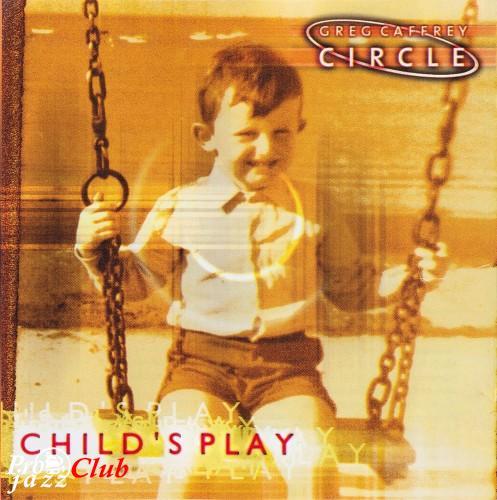 Треклист:
Greg Caffrey Circle / Child's Play
Жанр: Modern Creative
Год издания диска: 2000
Издатель (лейбл): Cactus Records
Номер по каталогу: RD9:00CD1
Страна: Ireland
Аудиокодек: FLAC (*.flac)
Тип рипа: tracks+.cue
Битрейт аудио: lossless
Продолжительность: 36:17
Источник (релизер): CD
Наличие сканов в содержимом раздачи: да
Треклист:
1. Musical Chairs
2. Magic Tricks
3. Blind Man's Buff
4. Skipping
5. Follow The Leader
6. Bouncy Castle
7. Beddy Byes
Лог создания рипа
Содержание индексной карты (.CUE)
Доп. информация
Recorded at Green Dolphin Studios on 25 June 2000
Об исполнителе (группе)
The Irish composer Greg Caffrey read music at Queen’s University where he studied composition under Piers Hellawell and James Clarke. He was awarded a B.Mus. in 1995 and completed a PhD in 2002. He has won a number of awards and scholarships that include the Hamilton Harty Scholarship, May Turtle Award, an award from the Harrison Foundation and he was a finalist in the ISME-IVME 2nd International Composition Contest in Brussels. As a performer he has worked in many of the countries leading ensembles, including the Irish Jazz Orchestra, as well as working in theatre orchestras and in groups giving TV and radio broadcasts.
His compositions have been performed in Britain, Ireland, France, Germany, Belgium, Sweden, Czech Republic, Estonia, U.S. and Brazil receiving critical acclaim and increasingly reflecting an eclecticism informed by his broad musical background and enthusiastic teaching activities. The formation of his own ensemble, “Greg Caffrey Circle”, in 2000, allowed him to release an album of his own compositions entitled “Child’s Play”. His music has been recorded on the Meridian, Naturalstudio, Cactus and CMC record labels.
Greg has received commissions from many performers and ensembles as well as from BBC Radio 3 and the Irish national broadcasting station RTE and has had music performed by The Ulster Orchestra, Ensemble Bash, Craig Ogden, Gerard McChrystal, The Smith Quartet, Elizabeth Cooney, Izumi Kimura, Brian Keenan, Patrick Zeoli, Trio Collage, Aisling Agnew and Matthew McAlister and the Ireland Quartet, to name a few. His most recent works include a commission from the British contemporary music group SCAW.
Greg lecturers in Music and Music Technology at SERC and recently spent a period composing at the prestigious Cite Internationale des Arts in Paris where he resided for 3 months. He has been appointed composer in residence with the London based orchestra EMFEB and is a registered artist with Creative Youth Partnerships. Greg is represented by the Contemporary Music Centre, Dublin and is a member of the Association of Irish Composers.
Об альбоме (сборнике)
All the music on this recording is based on the theme of children at play. The music is partly written and partly improvised and all of it is inspired by and dedicated to my two lovely daughters Laura and Paula. The music draws strongly from the games or activities mentioned in the titles. The opening piece, Musical Chairs, for example borrows the form of the children's party game, with an ordered circulation of the chairs depicted by an 11/8 ostinato followed by a scramble for seats each time the music stops. Magic Tricks attempts to "conjure" a feeling of a magican doing all the things that children's party magicians are expected to do - pulling long handkerchiefs out of deceivingly small pockets - pulling playing cards from seemingly nowhere etc. Blind Man's Buff seeks to give an impression of discrentation achieved through interplay between drums and the other instruments. In Skipping a rotating rope can be heard hitting the ground twice per bar (drums) while the guitar plays in relentless semi-quavers generating a feeling of constant motion. Follow The Leader uses the age-old compositional practice of one melodic strand following another; first the guitar, then the drums and eventually the clarinet. Bouncy Castle utilises "bouncing" sounds from the drum kit as well as an angular "monk inspired melody" to create a feeling of children playing on a large inflatable castle. Finally, Beddy Byes winds the action down with a dreamy melody reminiscent of a lullaby. ~ greg caffrey, gregworld.co.uk
Состав
Greg Caffrey - guitar
Richard Mawhinney - clarinet
Andrew Lavery - drums
Any questions -> support@pro-jazz.com. По всем вопросам пишите -> support@pro-jazz.com
—
162
M0p94ok
Нет комментариев. Ваш будет первым!
Войдите или зарегистрируйтесь чтобы добавлять комментарии