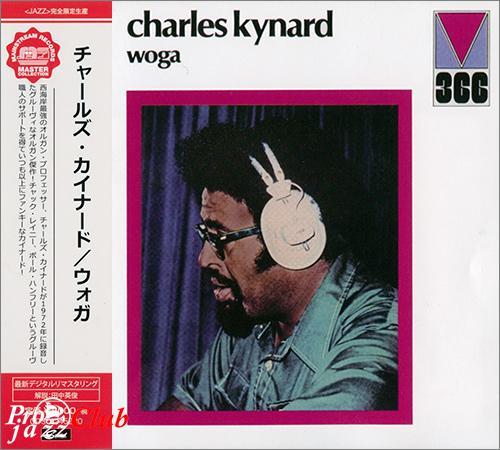 Об альбоме
Sweet organ lines, heavy drums, and a great little groove throughout – a tight batch of groovers from the mighty Charles Kynard! The keyboardist is in fine 70s form here – stepping away from the sparer sound of his albums for Prestige with a fuller style for Mainstream Records – in a groove that's almost part blacksploitation funk, thanks to some sharp backings from arranger Richard Fritz! The mighty Paul Humphrey is at the bottom of the set on nicely funky drums – and other players include Arthur Adams on guitar, Chuck Rainey on bass, and some great additional horns, which give the record a larger jazzy finish, but never get in the way of Kynard's lean, mean organ lines. There's a great version of "Rock Steady" on the album, one that has a great funky intro – plus the cuts "Shout", "Lime Twig", "Slop Jar", "Name The Missing Word", "Little Ghetto Boy", and "Hot Sauce".
On this album, Charles Kynard kicks out his interpratations of some of the great soul hits of the era it was made (the year was 1972… a particularly funky one, if I may so so…) He also kicks out some originals.
Unlike many "soul Jazz" albums of the era, Kynard makes no attempt to turn the tunes into "Jazz", but rather, he takes his Jazz chops and really gets down on the funk… Other members of the band get in on it too, and while they all groove their mamma-jama's off, its really Kynard's screaming B-3 that takes the show…
The rhythm section includes: Paul Humphrey on drums, Arthur Adams on guitar, Chuck Rainey on bass- - and some pretty wicked horns… (If for some reason you don't know who's these guys are, two words: Studio Musician's musician's musician's ala funk…)
Tunes include: Little Ghetto Boy, Hot Sauce, Lime Twig, Slop Jar, Rock Steady, Name The Missing Word, First Time Ever I Saw Your Face and Shout.
If you're a fan of funky '70s soul Jazz, the groovy B-3 sound - - more recently James Taylor, Soulive, MMW, acid Jazz and Maceo Parker and Fred Wesley I swear, you will really, really, really like this album…
Even if played today I think it would rock any club in the world… in particular a Reggae/Ska/funk sounding tune called Name The Missing Word - - Hot Sauce has a Reuben Wilson meets the Meters type groove, with George Bohannon blowing some pretty mean trombone… (Fred Wesley move over!) - - also check out the ultra groovin' Slop Jar and some of the mean solos the band kicks out on it… The band also gets wicked on a tightly arranged Rock Steady.
All in all… if you're a fan of B-3 funk and soul Jazz, this album is where it starts.
Лог создания рипа
Содержание индексной карты (.CUE)