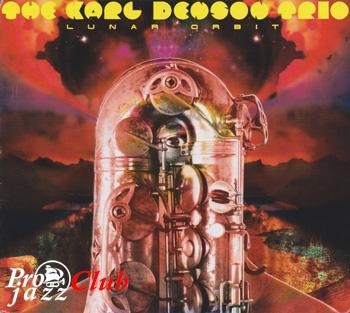 AllMusic Review by Thom Jurek
Karl Denson is one of the most eclectic cats on the modern music scene. Not only has he played rock as a sideman to Lenny Kravitz, but he was also a founding member and creative force behind the Greyboy Allstars and has played with everyone from Stanton Moore to the String Cheese Incident to Roy Hargrove. He was the leader of his own Tiny Universe ensemble, whose album The Bridge is a bona fide jazz-funk classic -- even if those proper self-appointed protectors of the jazz legacy have no idea it exists. Denson has also worked with Fred Wesley and the late Godfather of Soul himself. Sometimes his projects have suffered a bit from too much of that wild reckless creative energy by lacking a more keenly honed focus -- but they have all had killer moments on them. On The Bridge, he nailed it, playing not only saxophone and flute but also proving himself a worthy vocalist in the vein of Gary Bartz, Eddie Harris, and others who've gone that route. So with rock, funk, and jazz as well as R&B all jumping up and down inside his bad self, the killer trio he formed for Lunar Orbit breathes new life into the sax, B-3, and drums combo. Denson is the only constant presence here. Aaron Redfield and Jake Najor alternately support him on drums, with Kenneth Crouch on keyboards (electric piano, synths, and organ) and organists Will Blades and Anthony Smith, and Steve Haney plays congas on more than half the tracks here. There is a method to the madness, although the listener is jolted into seemingly strange parallel universes from the word go.
The title track that opens the record is nine-plus minutes of tough funky jazz flute, big rock drums, and synth pulses and organ chords. While it's true this may seem like some combo made in prog rock hell, it's an utterly smokin' jam. While the organ chords are striated and played mostly in a minor key as riffs -- instead of a lot of single-key solo play -- they help create a funkier base for those big rolling and pounding tribal drums. When Denson begins to kick it on the flute, it's gnarly as hell. He gets into some groove and stays there, pushing at the rhythmic foundations of the track, breathing deep new life into the whole jazz flute thang. "Break Me Down" moves into electric saxophone territory, with live and programmed drums. Denson's playing on the electric sax is not unlike Eddie Harris' experiments with it, but it's also very different. This is the sound that one wishes smooth jazz on the radio had: it's a little grittier, but even in the repetitive grooves there is real life in the playing and Denson elevates the entire proceedings. The three different musical interludes known as "Ghetto Fireworks," in different sections on the set, reveal how funky and focused the bands are here (Denson doesn't play on two of the three, and his flute works on "Pt. 2" is in counterpoint and then in unison with the organ grooves). The tough B-3 work by Will Blades here is more John Patton than Jimmy Smith, and Haney's congas play a beautiful fill with Najor's kit work. "The Plain Truth," with its gritty raw saxophone lines filled in by swells of organ by Blades, is as lean and tough as it gets in the organ trio format, and Denson takes it out to honkville in his knotty solo. "Won't Somebody," with Crouch on organ, is smoother, with Najor's drums in the backdrop propping a steady hypnotic snare and hi-hat groove while the B-3 slips and slides underneath Denson's beautiful in-the-cut soloing. This is the sound of Grover Washington, Jr. at his very best, as on Mister Magic and Feels So Good. The vibe is all warm and bright -- it's soul-jazz in the modern era; it's contemporary urban jazz with the smooth and the grit combined. It's got the whole thing down and yet lifts the form to something else and points in a new direction without losing its accessibility. All you radio programmers out there: get on this track!
The killer breaks and congas in "Dingo Dog Sled" are deep into the funky Latin soul-jazz heart. It's all sweaty, sexy fun, and both Blades' organ work and Denson's funky melody move around those drums with intensity. The electric saxophone makes a return appearance on the smooth -- and overly long -- "By Appointment Only." It's a cool track, but the groove doesn't warrant nine minutes. One can only get so lost in that electric sax, but the synth bassline is all rubbery and cool -- seven minutes would have been perfect. The bad-ass flute -- à la Yusef Lateef and Rahsaan Roland Kirk in its fluidity, with the edges-rounded technique of a Jeremy Steig -- makes a return appearance near the very end of the record on "That Other Thing." The percussion and organ work are explosive but Denson, when he gets into his rawer thing toward the middle, has the tenacity and voice of Rahsaan and flies above it all. Lunar Orbit is, in its way, as worthy as The Bridge as a definitive statement of where Denson's music is at this point. Listeners are all the more fortunate for having it. Blue Note may not have gotten it, and let his contract go, but that hasn't kept him down. This one is all killer, and fans of funky jazz, B-3 grease, and popping breaks should be all over it.
Состав
Karl Denson - saxophone & flute
Kenneth Crouch - keyboards (electric piano, synths, and organ)
Aaron Redfield - drums & programming
Will Blades - organ
Jake Najor - drums
Anthony Smith - organ
Steve Haney - congas