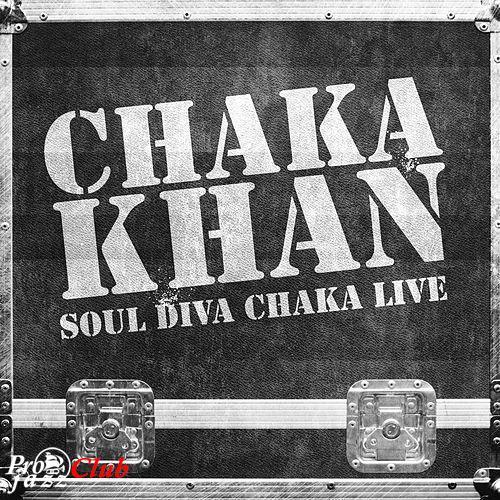 Треклист:
Chaka Khan / Soul Diva Chaka Live
Жанр: funk, soul
Носитель: WEB
Страна-производитель диска (релиза): USA
Год издания: 2015
Издатель (лейбл): Sandrew Metronome
Страна исполнителя (группы): USA
Аудиокодек: FLAC (*.flac)
Тип рипа: tracks
Битрейт аудио: lossless
Продолжительность: 57:27
Источник (релизер): golemsonbi/7digital
Наличие сканов в содержимом раздачи: нет
Треклист:
01 (I'm) Every Woman (Live) (04:59)
02 Everlasting Love (Live) (04:44)
03 Stay (Live) (02:14)
04 Sweet Thang (Live) (04:03)
05 Tell Me Something Good (Live) (02:40)
06 Through The Fire (Live) (08:41)
07 Valentine (Live) (04:17)
08 Ain't Nobody (Live) (005:15)
09 You Got The Love (Live) (04:53)
10 Pack My Bags (Rerecorded) (04:24)
11 Hollywood (Rerecorded) (04:18)
12 Once You Get Started (Rerecorded) (03:17)
13 I Feel For You (Rerecorded) (03:42)
Лог проверки качества
Об исполнителе (группе)
Best known in the mainstream for her superb 1984 cover of Prince's "I Feel for You," R&B singer Chaka Khan enjoyed solo success as well as popularity as a member of the group Rufus. Born Yvette Marie Stevens in Great Lakes, IL, on March 23, 1953, she was raised on Chicago's South Side, and at the age of 11 formed her first group, the Crystalettes. While still in high school, she joined the Afro-Arts Theater, a group which toured with Motown great Mary Wells; a few years later, she adopted the African name Chaka Khan while working on the Black Panthers' breakfast program. After quitting high school in 1969, Khan joined the group Lyfe, soon exiting to join another dance band, the Babysitters; neither was on the fast track to success, but her fortunes changed when she teamed with ex-American Breed member Kevin Murphy and André Fisher to form Rufus. Debuting in 1973 with a self-titled effort on the ABC label, Rufus was among the pre-eminent funk groups of the decade; distinguished by Khan's dynamic vocals, the group earned half a dozen gold or platinum albums before she went solo in 1978. Produced by Arif Mardin, Chaka proved to be a significant hit on the strength of the single "I'm Every Woman" (a hit over a decade later for Whitney Houston); however, Khan's success was somewhat tempered by her public rivalry with the remaining members of Rufus, to whom she was still contractually bound for two more LPs. (Their differences were eventually resolved in a 1982 concert at New York's Savoy Theater, issued as Stompin' at the Savoy.) As a solo artist, Khan recorded backing vocals for Ry Cooder's 1979 effort Bop Till You Drop, then cut her sophomore album, 1980's Naughty; it was not a hit, however, nor was its follow-up, What Cha' Gonna Do for Me. In 1982, Khan recorded Echoes of an Era, a collection of jazz standards featuring performances from Freddie Hubbard, Joe Henderson, Stanley Clarke, Chick Corea, and Lenny White. Her pop career was on shaky ground when she released 1984's I Feel for You, a platinum-seller launched by its title cut, a Grammy-winning, rap-inspired rendition (featuring memorable cameos from Melle Mel and Stevie Wonder) of a fairly obscure Prince album track. Still, while subsequent LPs like 1986's Destiny and 1988's C.K. kept Khan riding high on the R&B charts, her standing in pop's mainstream again began to wane, and at the end of the 1980s, she relocated to Europe. In 1990, she won another Grammy for "I'll Be Good to You," a duet with Ray Charles. Come 2 My House, released on Prince's independent label, appeared in 1998, years after Khan had a falling out with Warner Bros. Just after penning the autobiography Chaka! Through the Fire, she collected another Grammy -- in 2004 -- for performing Marvin Gaye's "What's Going On" with the Funk Brothers in Standing in the Shadows of Motown. Classikhan, featuring several interpretations of jazz standards, followed later that year. As she continued an active touring schedule, she recorded Funk This, a set of relatively funky originals and covers (produced by Jimmy Jam and Terry Lewis), released in 2007.
-- Jason Ankeny --