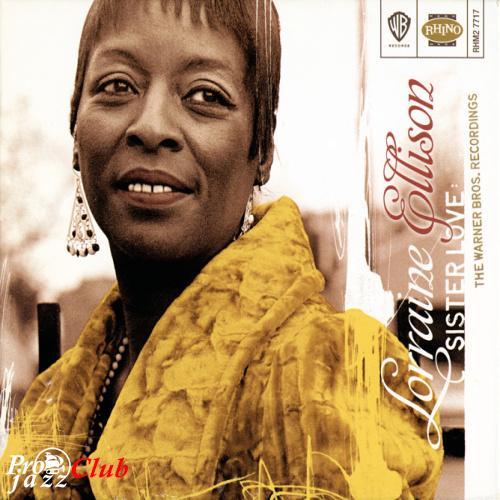 Лог создания рипа
Содержание индексной карты (.CUE)
DR Log
CD 3
01. True Love (Demo) (4:43)
02. I Need Your Love (Demo) (4:09)
03. Goodbye My Love (Demo) (4:32)
04. How Do You Think I Feel (Demo) (5:19)
05. You Can't Slow Me Down (Demo) (3:48)
06. Why Should We Say Goodbye (Demo) (4:14)
07. Anything You Need (Demo) (4:01)
08. Your Love Will Be Sweeter Someday (Demo) (6:23)
09. I Love You More Today (Demo) (4:18)
10. I Can't Get Along Without You (Demo) (3:39)
11. I Can't Stand To Wait Much Longer (Demo) (4:58)
12. Fools Are The Only Ones Who Have To Cry (Demo) (3:29)
13. Without Your Love (Demo) (4:13)
14. Same Old Thing Called Love (Demo) (4:45)
15. God Can Stop The Rain From Falling (Demo) (5:47)
16. Radio Spot (1:03)
Лог создания рипа
Содержание индексной карты (.CUE)
DR Log
Об альбоме (сборнике)
R&B singer Lorraine Ellison had exactly three entries in the R&B charts, but she was far more prolific than that would indicate. In addition to two 1965 Mercury singles, she recorded 48 sides and three albums for Warner Bros. Records between 1966 and 1973. With an incredible vocal power, range, and intensity that was perhaps too heavy for the record-buying masses, Ellison never made it big, except of course in the hearts of committed soul fans-and the occasional rock and pop buyer.
Ellison was born in North Philadelphia and began singing gospel with her family at age six. She sang professionally with a local group named the Sylvania Singers before forming the family group The Ellison Singers in the late '50s/early '60s. A self-penned 1963 single, “Open Up Your Heart,” was her first solo release, appearing on Sharp Records. Shortly thereafter Ellison launched her secular career in earnest, signing to Mercury Records and releasing 1965's “I Dig You Baby,” which made it to #22 on the R&B chart.
Warner's Jerry Ragovoy-who'd penned the Rolling Stones hit “Time Is On My Side” under the pseudonym Norman Meade-brought Ellison to the label and began writing and producing for her. Their first session produced the immortal #11 hit “Stay With Me,” which has since been covered by everyone from Bette Midler to Jimmy Witherspoon to Natalie Cole. The resulting album, 1966's Heart And Soul, was tailored to a jazz and pop crossover audience but never caught fire. Returning to straight R&B, Ellison delivered 1969's Stay With Me, which contained her final chart entry, “Heart Be Still.”
In 1973, after some aborted sessions at Muscle Shoals, Ellison, along with producer Ted Templeman, began work on what would become her final album, Lorraine Ellison. Funky and gospel inspired, the album, according to the singer, “contains more of what I'm all about.” After her final sessions in June 1973, Ellison retired from recording to spend time with her ailing mother. She continued to sing in church until her death from ovarian cancer in 1983 at the young age of 51.
This remastered three-disc box contains all three of Ellison's Warner Bros. albums, as well as 24 previously unreleased tracks, including 14 demos from 1972, a recent vault discovery.
Deeply steeped in gospel, Lorraine Ellison possessed a vocal range, power and intensity that was maybe TOO intense for the mainstream, and thus only scored three chart hits during her career. She's well known to soul fans, though, especially for the three classic albums she made for Warner Bros. in the `60s and `70s, Heart and Soul (1966), Stay with Me (1969) and Lorraine Ellison (1973), which appear here along with a full 24 unreleased tracks including 14 newly discovered demos from 1972! Soul expert extraordinaire David Nathan produces and annotates...limited edition of 5000 copies!