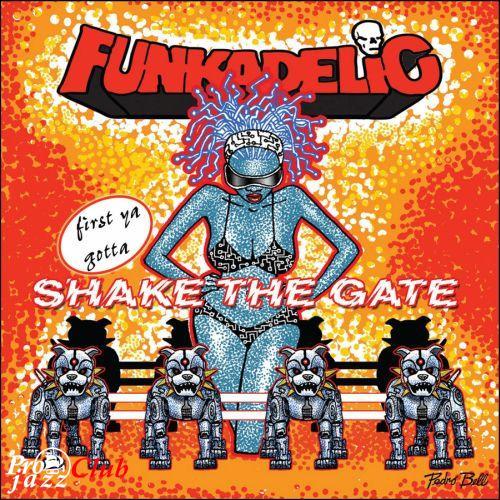 Треклист:
CD1
1-01 Baby Like Fonkin' It Up
1-02 Get Low
1-03 If I Didn't Love You
1-04 Fucked Up
1-05 Ain't That Funkin' Kinda Hard on You?
1-06 I Mo B Yodog Fo Eva
1-07 In Da Kar
1-08 Radio Friendly
1-09 Mathematics Of Love
1-10 Creases
1-11 Not Your Average Rapper
CD2
2-01 First Ya Gotta Shake The Gate
2-02 Roller Rink
2-03 Jolene
2-04 Nuclear Dog, Pt. II
2-05 Dirty Queen
2-06 You Can't Unring The Bell
2-07 Old Fool
2-08 Pole Power
2-09 Boom There We Go Again
2-10 As In
2-11 Bernadette
2-12 Meow Meow
CD3
3-01 Catchin' Boogie Fever 5:57
3-02 The Naz 5:38
3-03 Talking to the Wall 4:44
3-04 Where Would I Go? 4:27
3-05 Yesterdejavu 7:57
3-06 Zip It 3:36
3-07 The Wall 9:10
3-08 Snot n' Booger 10:45
3-09 Yellow Light 4:34
3-10 Dipety Dipety Doo Stop The Violence 5:14
Лог создания рипа
CD1
CD2
CD3
Содержание индексной карты (.CUE)
CD1
CD2
CD3
Доп. информация:
Album Review
“Ain’t That Funkin’ Kinda Hard on You” might be the perfect reintroduction of George Clinton (instead of Funkadelic, per se) since it begins with a darkly ingratiating embrace rather that the expected turn-this-mother-out groove.
That’s George Clinton, the master of left turns. At the same time, “Ain’t That Funkin’ Kinda Hard on You” — this standout moment from Funkadelic’s sprawling new comeback effort First Ya Gotta Shake the Gate — stirs in a few distinctly modern elements: There’s the flinty braggadocio of “I was hard when I started, I’ll be hard when I get through,” and those rollicking Roland 808s.
That very newness works as a kind of comfy oldness when it comes to Clinton, who has stayed firmly within an established framework of forward-looking trippy weirdness over the course of myriad lineup shifts and stylistic leaps by Parliament/Funkadelic and an assortment of other similarly named outfits. Clinton keeps himself young that way, it seems.
Always moving, always searching, he’s apparently been recording songs for First Ya Gotta Shake the Gate throughout the lengthy silence between Funkadelic albums. As such, it’s all over the map. In fact, there is no map. Like “Ain’t That Funkin’ Kinda Hard on You,” First Ya Gotta Shake the Gate is offbeat, within and without expectations, somehow throwback and yet modern, maybe a bit too long.
Along the way, Funkadelic often doesn’t sound like Funkadelic at all, as George Clinton dabbles deeply in hip hop, even as they reference earlier triumphs that have more to do with Clinton’s broader discography. (High points include “Baby Like Fonkin’ It Up,” a nod toward “Mr. Wiggles” by Parliament; and “I Mo B Yodog Fo Eva,” perhaps the best take off here on Clinton’s own “Atomic Dog.”) They get into a T-Pain vibe (“Snot n’ Booger”), even while paying their fonky respects to James Brown (“Pole Power”) and covering the Four Tops (“Bernadette”).
The names (as per usual) change again, with familiar figures like Michael Hampton and Bernie Worrell making a rare appearance on “Yesterdejavu,” a guitar-focused track that most closely recalls classic Funkadelic. But how cool is the idea of Clinton joining forces with Sly Stone, as on “The Naz”? He also welcomes in an old friend in the late Jessica Cleaves of the Friends of Distinction, for a remake of “As In” — a tune from Bootsy’s Rubberband.
And so it goes over an astounding 33 songs — mirroring the 33 years since Funkadelic offered its last official release, 1981’s The Electric Spanking of War Babies — as George Clinton and Company create a multi-dimensional, almost exhaustively comprehensive return. It all might have been better served with a judicious edit or 10. It all might not make sense, it all might not be required listening and it all certainly isn’t funkin’ kinda hard. It might have been better titled as a Clinton solo album, too. But First Ya Gotta Shake the Gate is rarely less than interesting, and often brain-bendingly fun. - Nick DeRiso, Something Else Reviews