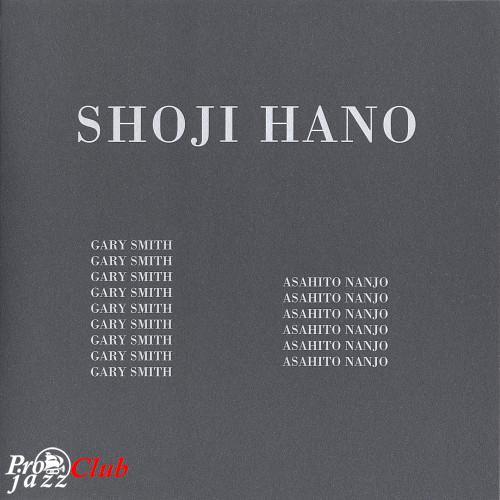 Треклист:
Shoji Hano, Gary Smith, Asahito Nanjo / Shoji Hano
Жанр: Free Jazz
Страна-производитель диска: UK
Год издания: 2000
Издатель (лейбл): Chronoscope
Номер по каталогу: CPE 2005-2
Аудиокодек: FLAC (*.flac)
Тип рипа: image+.cue
Битрейт аудио: lossless
Продолжительность: 51:00
Источник (релизер): CD
Наличие сканов в содержимом раздачи: да
Треклист:
1 - Sannin
2 - Futari No.3
3 - Kaze
4 - Ono No.1
5 - Futari No.1
6 - Ono No.3
7 - Futari No.2
Лог создания рипа
Содержание индексной карты (.CUE)
Доп. информация
Recorded: Moat Studios, London on 9th Nov. 1998
Об альбоме (сборнике)
Ever since the days of Cream and the Jimi Hendrix Experience, electric guitar/bass guitar/drums trios have primarily been vehicles for rock music. They are comparatively rare in jazz, and rarer in free improvised music. Those that do exist often blur the boundaries with rock, using its vocabulary but not its syntax or vice versa. Because of its rock legacy, the format itself attracts players who have affinities with rock. One such recent trio, Mass, (with albums on Paratactile, Mass and From Zero ) is a precursor of this Shoji Hano trio and has clear affinities with it. Both trios feature Gary Smith on guitar and his is the primary voice here. Given the distinctiveness of Smith's playing, it could not be otherwise. His playing dominates any grouping he is in. With musical roots in the blues-rock of Clapton and Beck, Smith is well-versed in the conventions of rock, allowing him to mutate and subvert them. But compared to his solo or duo work, his playing here is more linear and focussed on the overall group ethic. Nonetheless, devotees of Smith's guitar will find all the trademarks of his playing here, the electric edge, the curved notes, the swirling, shimmering runs, the illusion of several guitarists playing simultaneously. As the notional leader of the trio, Shoji Hano deserves full credit for its impact and straddling of boundaries. Despite his impeccable jazz and improv credentials, Hano is willing and able to provide a backbeat whenever Smith is playing something akin to rock, enhancing any rock tendencies rather than countering them. (In this, he resembles Lou Ciccotelli, the drummer in Mass.) At other times, Hano provides a rhythmic tattoo that drives the music along, making compelling listening. With five of the seven tracks being "Ono Nos. 1 & 3" and "Futari Nos. 1, 2 & 3," one might expect considerable repetition here. This is not pronounced. For instance, the two versions of "Ono" do have similar openings, but thereafter are totally different, and the three versions of? Futari? have few similarities. This isnotan album that has been padded with alternate takes! Ultimately, this music is beyond categorisation and should appeal to a wide audience. It can be listened to at different levels. It is the sort of music that can "just be there" without causing undue offence. It also handsomely repays repeated close attention and study. ~ john eyles, allaboutjazz.com
The Japanese underground can boast a few of its own mighty power trios, not a million miles away in their approach Alchemysts. The percussionist Shoji Hano has served time in one of them, High Rise, but on his eponymous album, alongside the British guitarist Gary Smith and High Rise bassist Asahito Nanjo, he uses the format as a launch pad into ear-splitting improvisations that have more in common with the German free-jazz saxophonist Peter Brötzmann than any conventional rock motifs. ~ stewart lee, sunday times
Состав
Shoji Hano - percussion, voice
Gary Smith - stereo guitar
Asahito Nanjo - bass guitar
Any questions -> support@pro-jazz.com. По всем вопросам пишите -> support@pro-jazz.com
—
175
M0p94ok
Нет комментариев. Ваш будет первым!
Войдите или зарегистрируйтесь чтобы добавлять комментарии