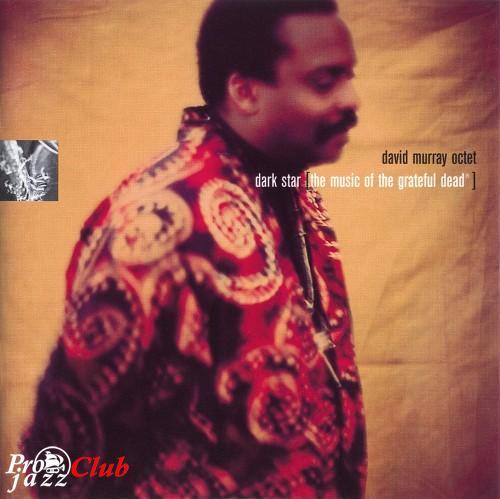 Треклист:
David Murray Octet / Dark Star (The Music Of The Grateful Dead)
Жанр: Free Jazz, Modern Jazz
Страна-производитель диска: USA
Год издания диска: 1996
Издатель (лейбл): Astor Place
Номер по каталогу: TCD 4002
Страна: USA
Аудиокодек: FLAC (*.flac)
Тип рипа: image+.cue
Битрейт аудио: lossless
Продолжительность: 1:01:09
Источник (релизер): CD
Наличие сканов в содержимом раздачи: да
Треклист:
1. Shakedown Street (Garcia, Hunter) - 8:54
2. Samson and Delilah (Traditional) - 11:12
3. Estimated Prophet (Barlow, Weir) - 5:55
4. Dark Star (Garcia, Hunter, Kreutzmann, Lesh, McKernan, Weir) - 16:15
5. China Doll (Garcia, Hunter) - 5:17
6. One More Saturday Night (Weir) - 8:29
7. Shoulda Had Been Me (Cockburn, Nash, Weir) - 5:06
Лог создания рипа
Содержание индексной карты (.CUE)
Доп. информация
Recorded on January 17–18, 1996 at Clinton Recording Studios, New York, NY
Об альбоме (сборнике)
Rolling Stone (9/5/96, p.65) - 3 Stars - Good - "...re-create(s) not so much the songs but the spirit of the Dead, using the repertoire as a springboard for...sophisticated improvisation....pushing the Dead's penchant for free-form jamming into more dissonant turf than the band ever dared to go....a revelation..."
Entertainment Weekly (6/14/96, p.61) - "...Often-inspired readings are given to good-time groovers (`One More Saturday Night'), ballads (`China Doll'), and spacey jams (`Dark Star'). `Shoulda Been Me,' the closing duet between Murray and Weir, is an unexpected treat." - Rating: B+
Q (10/96, p.169) - 4 Stars - Excellent - "...Injecting just the right amount of free and freaky improvisation to lift the pumping funk of the rhythm section onto a whole new plateau of sound, Murray stays true to both his musical vision and the spirit of the Dead..."
JazzTimes (11/96, p.82) - "...Murray's choices, and that he pulls them off, are testament to his guts, skill and fervor, and to the music's originals source. There's so much kick up here. Murray's off on another adventure, inviting you to listen up, loosen up and take a trip..."
Option (9-10/96, p.122) - "...succeeds on its own merit as a brilliant-and fun-piece of music....The album finds a way to combine rock compositions, multi-instrumental interplay and...improvisation into a wonderfully integrated whole....an unusal treat to find a jazz album that can offer both intelligence and danceable grooves."
Scott Yanow, AMG - "The avant-garde tenor and bass clarinetist David Murray had an opportunity to sit in with the Grateful Dead in 1993 and was quite impressed. With Jerry Garcia's death, Murray was inspired to put together this tribute album but often it sounds as if two bands were playing at once without closely listening to each other. Murray and the horns (which include veteran altoist James Spaulding, the very impressive high-note acrobatics of trumpeter Hugh Ragin, either James Zoller or Omar Kabir on second trumpet and the adventurous trombonist Craig Harris) romp through some rowdy and very emotional ensembles while organist Robert Irving III. (a Miles Davis alumnus) leads the rhythm section through groovin' R&B riffs that seem to ignore the lead voices. The results are often quite silly as the horns screech and squawk while the rhythm churns on. There are two exceptions. The 16-minute "Dark Star" builds slowly to a ferocious level and finds the group acting as one while the closing "Shoulda Had Been Me" is a tenor-guitar duet between Murray and Bob Weir that works quite well. So overall this is a mixed bag, most highly recommended to listeners who have a high tolerance level and a strong sense of humor."
Cduniverse.com - "David Murray, one of jazz's most open-minded progenitors, sat in with the Grateful Dead for one of its shows at Madison Square Garden in 1993. Inspired by the experience of playing to such an attentive and responsive audience, Murray decided to interpret the Dead's music in the studio with his Octet. While it is undoubtedly the improvisational elements of the songs of the Grateful Dead that make them accessible to a jazz interpretation, Murray was sensitive to preserve the line between jazz and rock. He studied several performances of the tunes he chose to play in order to pick out specific melodic transitions and chose only songs that made sense to play in a jazz format. The result is a record that will satisfy the needs of both Murray fans and Deadheads. The rowdy octet does much justice to "Shakedown Street" and "Dark Star." The unlikely explorations showcase the vibrant eclecticism and widely varying influences that turn up in other Octet recordings such as THE TIP."
Состав
David Murray - tenor saxophone, bass clarinet
Hugh Ragin - trumpet
James Zoller - trumpet (tracks 3, 4, 5 and 7)
Omar Kabir - trumpet (tracks 1, 2 and 6)
Craig Harris - trombone
James Spaulding - alto saxophone, flute
Robert Irving III - piano, hammond B-3 organ, synthesizers
Fred Hopkins - bass
Renzell Meritt - drums
Bob Weir - guitar (track 7)
Any questions -> support@pro-jazz.com. По всем вопросам пишите -> support@pro-jazz.com
—
153
M0p94ok
Нет комментариев. Ваш будет первым!
Войдите или зарегистрируйтесь чтобы добавлять комментарии