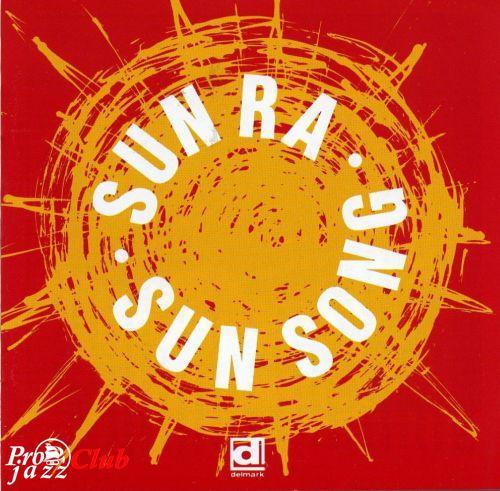 Треклист:
1 Brainville 4:13
2 Call For All Demons 5:15
3 Transition 3:41
4 Possession 4:57
5 Street Named Hell 3:39
6 Lullaby For Realville 4:42
7 Future 2:54
8 Swing A Little Taste 4:25
9 New Horizons 3:05
10 Fall Off The Log 3:59
11 Sun Song 3:37
Лог создания рипа
Содержание индексной карты (.CUE)
Лог проверки качества
Доп. информация:
AMG Review
This essential title is also available under the moniker of Sun Song (1956). Regardless of name, this long-player contains some of Sun Ra's most complex, yet accessible efforts. Ra had been an active performer since the late 1940s, recording with his various combos or "Arkestra(s)" as Ra dubbed them. Since this was the first widely distributed platter that the artist cut, it is often erroneously referred to as his debut. The tracks were documented by then-unknown Tom Wilson. If the name rings a bell, it may be because Wilson would go on to produce such rock luminaries as Frank Zappa, Simon and Garfunkel, Bob Dylan, and the Velvet Underground, among others. Ra's highly arithmetical approach to bop was initially discounted by noted jazz critic Nat Hentoff as "repetitious," with phrases "built merely on riffs with little development." In retrospect, however, it is obvious there is much more going on here. Among the musical innovations woven into the up-tempo "Brainville" and "Transition," are advanced time signatures coupled with harmonic scales based on Ra's mathematical equations. Not to be missed is the lush elegance within the delicate, if not intricate arrangements heard on "Possession," as well as the equally involved "Sun Song" -- both of which take on an air of sophistication in their deceptive simplicity. Ra's original LP jacket comments can be found within the liner notes of the Sun Song compact disc. This is noteworthy as one of the rare occasions that Sun Ra sought to explain not only his influences, but his methods of composition and modes of execution as well. As referred to above, Jazz by Sun Ra is arguably the most accessible work in the Sun Ra catalog, as well as one of the most thoroughly and repeatedly listenable.
Состав
Alto Saxophone – James Scales
Baritone Saxophone – Pat Patrick
Bass – Richard Evans
Drums – Robert Barry
Electric Guitar – Wilburn Green
Piano – Sun Ra
Tenor Saxophone – John Gilmore
Timpani – Jim Hearndon
Trombone – Julian Priester
Trumpet – Arthur Hoyle, David Young
По всем вопросам пишите личное сообщение пользователю M0p94ok.
—
309
M0p94ok
Нет комментариев. Ваш будет первым!
Войдите или зарегистрируйтесь чтобы добавлять комментарии