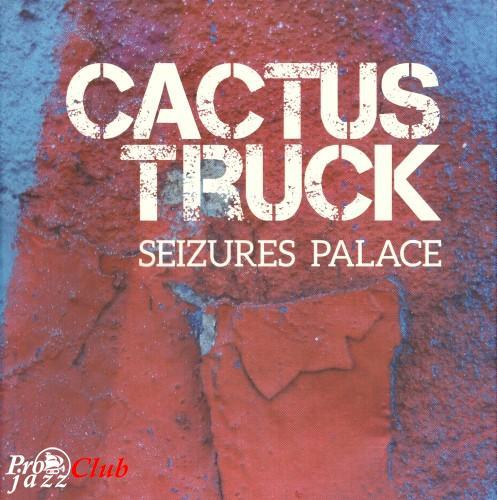 Треклист:
Cactus Truck / Seizures Palace
Жанр: Free Jazz
Носитель: CD
Страна-производитель диска (релиза): Poland
Год издания: 2014
Издатель (лейбл): Nottwo
Номер по каталогу: MW 919-2
Аудиокодек: FLAC (*.flac)
Тип рипа: tracks+.cue
Битрейт аудио: lossless
Продолжительность: 44:30
Источник (релизер): gssmg7
Наличие сканов в содержимом раздачи: да
Треклист:
1. Untitled (0:14)
2. Will To Power (11:27)
3. Drones (6:16)
4. Fetzer (7:14)
5. Difference And Repetition (0:23)
6. Fuck You Nash (8:33)
7. One For Roy (4:59)
8. Fourth Wind (5:18)
9. * (0:06)
Лог создания рипа
Содержание индексной карты (.CUE)
Об альбоме (сборнике)
Seizures Palace was recorded in Brooklyn, at the end of that tour, before the trio returned to The Netherlands. The ballsiness of their tour experience is brought to bear here. The music from the 6-second track "*," the 23-second "Difference and Repetition," to the 11 ½ minute "Will To Power" pummel from the get-go. Dikeman's ears are tuned to the machine gun sound of Peter Brotzmann, notably from his years with Last Exit or his recordings with Shoji Hano and Keiji Haino. The charm (can we use that word?) of this trio is that their ferocity is directed outward. Their music detonates, not within but directionally. Stadhouders switches from a a thunderous bass to a metal-on- metal guitar grind and Onno Govaert's drums serve as a comrade in ferocity. Their passion is for speed, hard core energy, and exhaustive music making. ~ mark corroto, allaboutjazz.com
In music skronk is a word used to describe the indescribable; usually in reference to aggressive noise that is seemingly incoherent, a sax bleating non stop, drums flailing in non linear rhythms, or guitars screeching sheets of sound. It has negative connotations, a word that fits the bill when someone is talking about music that is so jarring that words to adequately describe it fails. The Cactus Truck revels in it, with creativity and excellence, in their new and appropriately titled album, "Seizures Palace." I'll be clear: this is not for the feint of heart. This is tinnitus inducing, headphone shattering skronk of the best kind. With John Dikeman on saxophone, Jasper Stadhouders on guitar, and Onno Govaert on drums, Cactus Truck is a Dutch group strongly influenced by Albert Ayler, Peter Brotzmann, and the no noise scene of the late 70s/early 80s. Dikeman is a force on saxophone, not acerbic like Brotzmann and a little more lyrical than Ayler, but no less potent in breathing fire through his instrument. Stadhouders is equally powerful on guitar, his playing culling from the sounds created by early 80s groups like Sonic Youth, the Swans, the Ex, and a myriad of other post punk noise groups. Govaert finished the trio off with percussion that sound like it is falling off of a cliff, but is cohesive and underlines the power of his fellow musicians. Throughout they do cross the boundaries of free jazz and punk, fusing the improvisational of the former with the earthy hardcore and speed of the latter. Three of the tracks are less than 30 seconds, framing the album by occurring in the beginning, middle and end. "Will To Power," "One For Roy," and "Fourth Wind" are stand out tracks, with forceful statements made by all three players, trading blows and punches as if their lives depended on it. They are creative enough no not make the noise all sound similar, in fact their variety in sonic attacks is what makes this album work so well. "Seizures Palace" is highly recommended, not only for its brute force, but for its creative chops as well. ~ stefan wood, freejazzblog.com
Состав
John Dikeman - alto saxophone, tenor saxophone
Onno Govaert - drums
Jasper Stadhouders - guitar, bass
По всем вопросам пишите личное сообщение пользователю M0p94ok.
—
156
M0p94ok
Нет комментариев. Ваш будет первым!
Войдите или зарегистрируйтесь чтобы добавлять комментарии