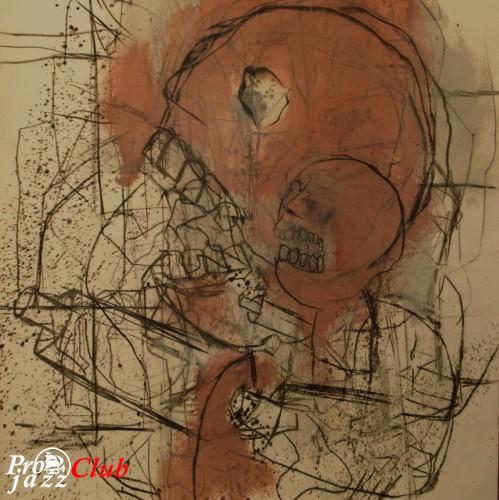 Треклист:
Cactus Truck / Brand New For China!
Жанр: Free Jazz
Носитель: CD
Страна-производитель диска (релиза): USA
Год издания: 2012
Издатель (лейбл): Public Eyesore
Номер по каталогу: PE119
Аудиокодек: FLAC (*.flac)
Тип рипа: tracks+.cue
Битрейт аудио: lossless
Продолжительность: 29:56
Источник (релизер): gssmg7
Наличие сканов в содержимом раздачи: да
Треклист:
1. Aporia (10:39)
2. Search And Restore (0:28)
3. Coitiphobe (6:23)
4. Sweet Movie (7:01)
5. Plork (0:28)
6. The Snotgreen Sea, The Scrotumtightening Sea (4:45)
7. La La La La Labia Time! (0:24)
http://www.publiceyesore.com/catalog.php?pg=3&pit=119
Лог создания рипа
Содержание индексной карты (.CUE)
Об альбоме (сборнике)
John Dikeman is one of the most interesting saxophonists now operating in the Amsterdam scene. He is a charismatic player, well-versed in the legacy of modern and free jazz as his recent releases— Across the sky, with bassist Raoul Van Der Weide and drummer Klaus Kugel (Not Two, 2012); and Nihil is Now (Stone Floor, 2012), with the Universal Indians trio—testify. Still, it is the Cactus Truck trio that represents Dikeman at his best. This trio— with bassist/guitarist Jasper Stadhouders and drummer Onno Govaert, has its roots in other power outfits like the electric groups of Peter Brötzmann (Last Exit, Hairy Bones and Trio Roma), The Thing and Zu. Brutal, furious and uncompromising, but with punk aesthetics; meaning that this trio plays fast, with a dirty sound and often ridiculously short pieces. The sonic assault begins with the longest piece, "Aporia"— the A side, of the vinyl version of this album— ten minutes of explosive, skronky playing by all three musicians. Dikeman's dominant screams pierce the sky, Stadhouders' distorted and aggressive bass and guitar lines intensifies the sonic mayhem and Govaert's fractured, unpredictable rhythmic pattern keeps all on their edge. The B side begins with another super-fast sonic attack, the compact, 26-second "Search and Restore." The other pieces—"Coitophobe" and "Sweet Movie"—still continue in a similarly muscular, energetic vein, but with more open dynamics and room for solo articulations. 24 chaotic and noisy seconds of "Plork" seal the vinyl version. The bonus pieces on the CD version include the punkish "The snotgreen sea, the scrotumtightening sea," that sounds like it's as paying tribute to improvised dynamics of fellow Dutch bend The Ex (and The Ex's guitarist, Terrie Hessels, collaborated with the trio). The 23 seconds of explosive "La la la la labia time!" conclude this wild ride. ~ eyal hareuveni, allaboutjazz.com
It starts with a bang! A starter pistol of sorts. This fight to the death, this Brand New For China! album by Cactus Truck has begun. Weapons are chosen. Onno Govaert on drums, Jasper Stadhouders on guitars, and John Dikeman on saxophone, two from the Netherlands and one from America respectively, step into the ring to see who will come out alive holding the recording. Track one, Aporia, gets to the heart of the matter quickly with all three members fighting for the last available sliver of bandwidth to squeeze their point of view into. Stadhouders pulls up an impenetrable curtain of sound, Govaert's use of the kick drum is like a man with a death wish searching for land mines, and Dikeman plays is if in a headlock. His sound is very purposeful from the strain in the upper registers to the distortion on the opposite end. Aporia is a wonderfully thought out track on this 31 minute record and definitely it's focal point as it gives us the roadmap that the rest of the album follows. It, over the course of its 10 and a half minute duration, gives us pure raw punk aggression, to a diminution, to a lone pleading cry from the saxophone before ramping the whole thing up again to its original fury. Some great playing here. A band I would definitely love to see and experience live. With some of their juvenile song titles aside, la la la la labia time!, or The snotgreen sea, the scrotumtightening sea, which fall into their punk aesthetic, there are some very mature and experienced interactions and decisions within the tunes on this album, which definitively places it back to the jazz tradition. On Coitiphobe, Dikeman steps back to let the rhythm section have a duo moment. If you are quick enough, the album is peppered with such moments. Whether it be the sax and drums or any other duo incarnation, (there are several really good ones on Sweet Movie) they are worth waiting for, but enjoy them because they don't last very long, as this is not the type of band that likes standing in a ring without throwing punches. Almost to a fault. Brand New For China! reads like a calling card, unapologetically letting us know what their agenda is, from the 3, thirty second blasts of intensity, laced around the 4 longer tracks, to their choice of album cover art. They mean business, and like anyone from the punk tradition, they don't care what we think. I can't wait to see what else they bring to the table on their next effort. ~ philip coombs, freejazzblog.org
Состав
John Dikeman - soprano, tenor & baritone saxophones
Jasper Stadhouders - guitar & bass
Onno Govaert - drums
По всем вопросам пишите личное сообщение пользователю M0p94ok.
—
146
M0p94ok
Нет комментариев. Ваш будет первым!
Войдите или зарегистрируйтесь чтобы добавлять комментарии