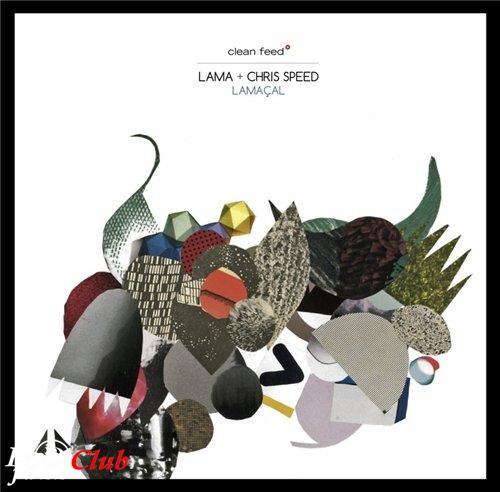 Треклист:
LAMA + CHRIS SPEED
LAMAÇALMusic can be deep and light: here’s an excellent example…
Жанр: Free Jazz, Avant-Garde
Страна-производитель диска Portugal
Год издания 2013
Издатель (лейбл) Clean Feed
Номер по каталогу CF275
Аудиокодек FLAC (*.flac)
Тип рипа tracks+.cue
Битрейт аудио lossless
Продолжительность 54:06
Источник (релизер) спасибо 6060842
Наличие сканов в содержимом раздачи: нет
Треклист:
1. Overture For A Wandering Fish
2. Lamaçal
3. Moby Dick
4. Cachalote
5. Pair Of Dice
6. Anémona
7. Manta
Лог создания рипа
Содержание индексной карты (.CUE)
Об альбоме
“Lama, trumpet, double bass, drums, is a young Portuguese-Canadian trio with a firm leg in Rotterdam and Porto. Lama is Susana Santos Silva, Gonçalo Almeida and Greg Smith. On Lamaçal, their second album on Clean Feed, recorded live during the Portalegre Jazz Fest, the trio features clarinetist/saxophonist Chris Speed as guest. Lama consists of three remarkable young musicians who in their own special way radiate a strong group identity. In a sovereign manner they handle a wide range of techniques and approaches well absorbed from the jazz tradition, albeit completely in the service of their own imagination and create – just like on their first album Oneiros – a fascinating sound. The collaboration with Chris Speed is the obvious extension thereof.
Whether it’s an Ornettish piece such as Pair Of Dice or the funeral march atmosphere of Manta, the continued rolling generated from the title piece Lamaçal, the whale song of Moby Dick, the beautiful melody of the Bolero-like repetitive bass motif Anemona or the beautiful handrumming of Cachalote (sperm whale) – all are convincing as a colorful oceanic whole. The sea as environment plays a prominent role in all the parts and the spirit of Ornette blows through all the pieces. The strongest of the aforementioned, Pair Of Dice, has all the qualities of Ornette’s Una Muy Bonita (1960, Change Of The Century) in it. Santos Silva’s phrasing has undeniably something of the fearless momentum of Don Cherry. Her interplay with Chris Speed is rich, sophisticated and full of productive tension.
The extraordinary quality of Lama’s music is primarily in the transitions which occur between the pieces and within the pieces: fanciful, seductive and exciting. Notably the passages in which a solo instrument takes over which either deepens the piece or guides it to another terrain. Therefore unlike classic jazz solos. Lama’s core: an engaging combination of rawness, melody and daring challenging lines, the manner in which the pleasure of playing and concentration come together.
Santos Silva plays everything that is made for trumpet, Almeida has a cool vibrating bass and expands his sound in a special way with subtle electronics. Smith, steady and firm, flexible and quick to react, does everything at the right time effortlessly. The playing of these four musicians remains amazingly grounded while simultaneously opening up new perspectives. The fascination of listening remains. Apparently they succeed what many others only try: creating fantasy worlds that appeal to people, fantasy worlds that capture our imagination and our salvation in the sea of reality. Makes one think of Josef Nadj, Vasili Kandinsky, Manoel de Oliveira and Robert Wilson. The beautiful album cover – for myself the best that I have encountered so far this year – perfectly depicts the music.
And then to realise that this all comes from mud. Lama means ‘mud’ in Portuguese. You need some guts and self-awareness necessary to take that as a starting point for a group name! The album title Lamaçal, sludge, even goes a step further. Sea, tides, swell, sludge, creation …. Santos Silva, Almeida and Smith have moulded something into a fascinating and provocative shape!” (Henning Bolte)
Состав