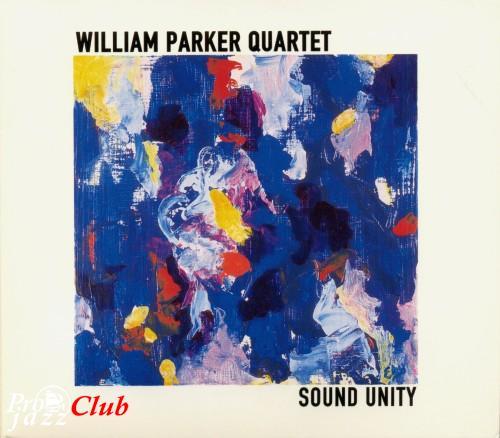 Треклист:
William Parker Quartet / Sound Unity
Жанр: Free Jazz, Avant-Garde Jazz
Носитель: CD
Страна-производитель диска: US
Год издания: 2005
Издатель (лейбл): AUM Fidelity
Номер по каталогу: AUM034
Аудиокодек: FLAC (*.flac)
Тип рипа: image+.cue
Битрейт аудио: lossless
Продолжительность: 70:32
Источник (релизер): CD
Наличие сканов в содержимом раздачи: нет
Треклист:
1 Hawaii 12:32
2 Wood Flute Song 10:43
3 Poem For June Jordan 8:53
4 Sound Unity 21:02
5 Harlem 8:48
6 Groove 8:19
Лог создания рипа
Содержание индексной карты (.CUE)
Доп. информация: Recorded in Canada:
Tracks 1, 2, 5, 6 recorded at Vancouver East Cultural Centre on Friday, July 2, 2004 . [Vancouver International Festival]
Tracks 3, 4 recorded at La Sala Rossa on Sunday, June 27, 2004. [Suoni Per Il Popolo (Montreal)]
This album is dedicated to Charles Stimac.
Об альбоме (сборнике)
Recorded at two live dates in Canada in July and July of 2004, Sound Unity is the most beautifully wrought of William Parker's ensemble recordings. Certainly it doesn't break as much ground as some, and it acknowledges his debts to composers like Ornette Coleman, Don Cherry, and Eric Dolphy, and that's fine; in Parker's able hands as a leader, this band with saxophonist Rob Brown, drummer Hamid Drake (are he and Parker the best rhythm section in jazz or what?), and trumpeter Lewis Barnes understands that both listening and silence are as important as what notes to play. The interaction between the horn players feels like they've been playing together for a very long time -- check out the 18-plus-minute title track. What's also important to note here is the fluidity that the rhythm section engages the horns with, such as on "Wood Flute Song," or the crazy, funky joy on "Hawaii." The bandmembers nearly lift off; they're having so much fun. The music on this set is one of those bridges -- across tradition, subgenre, nuance, and harmony. Parker's lyricism is profound, and has never been heard quite like this before. Brown is a more subtle player than some Parker has worked with before, and Barnes is a natural singer on the trumpet. The gap that's provided in the absence of a piano allows for a less strident interaction harmonically and dialogically. The music here flows, reaches, steps back, and reaches further, with Parker's guidance allowing for the horns to push one another as they do on "Groove," not so much for what they know, but for what they bring to a tune emotionally. "Harlem"'s folk song melody and lyric are among the most beautiful Parker has yet written; it's a place where blues and the Middle Eastern musics of Morocco come together. This is a stellar offering from one of the music's greatest lights.
Состав
Alto Saxophone – Rob Brown
Bass, Composed By, Producer – William Parker
Drums – Hamid Drake
Trumpet – Lewis Barnes
По всем вопросам пишите личное сообщение пользователю M0p94ok.
—
135
M0p94ok
Нет комментариев. Ваш будет первым!
Войдите или зарегистрируйтесь чтобы добавлять комментарии