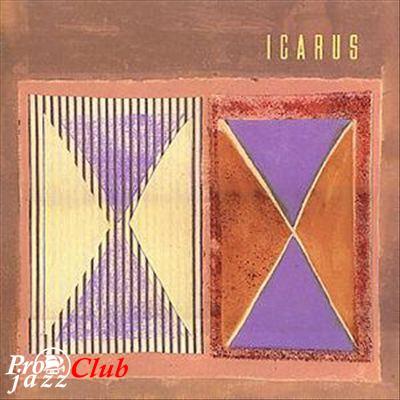 Треклист:
1. Improvisation One 15:45
2. Improvisation Two 9:17
3. Improvisation Three 7:08
4. Improvisation Four 26:10
5. Improvisation Five 15:00
Лог создания рипа
Содержание индексной карты (.CUE)
Лог проверки качества
Доп. информация:
Album Info & Brinkster.com Review
Recorded at the Whitehouse on 17th August 1995
All rights reserved by the artists
Painting by Kate Thomas
Design by Trevor Taylor & Ewan Rigg
Liner notes: Peter Stubley
Old-fashioned free-improv is what this disk, on one level, is all about. The use of bowed strings has always been a part of free jazz and free improvisation, but it seems to have had something of a resurgence in the last ten years, with musicians seeking to get some of the sustained, complex textures which are available to both composers of orchestral works and those who work exclusively with electronics. The sound on this disk is very much dominated by the trio of bass, cello and violin, and it would be easy to imagine that this is "just another free session" and leave it at that.
Disregarding, for a moment, the wisdom of writing anything off as "just another free session", this disk does rather undermine some of those expectations. This is ensemble music, yes, and, yes, it's all improvised. Sure, it has as many connections with Pierre Boulez as with Albert Ayler and, yes, it contains a whole gamut, a veritable smorgasbord of extended techniques and non-standard timbres.
Yet it also does some things which many dates like this don't do. Most significantly, it develops its ideas very slowly. Not for Icarus that typically restless approach which tends to pick up ideas and then drop them for fear of appearing -- heaven forbid -- to be repeating oneself or stuck in a rut, with the result that the music runs all over the place expending energy but going nowhere. Icarus prefer to develop textures slowly; the local details may change by the second, but the music has an overall movement, a momentum which carries it forward. I think this is in part due to the relatively (and I say "relatively") straight playing which the string players engage in here. Wastell, in particular, is known for his textural approach, but here sets it somewhat aside the better to integrate into the group. Likewise, the electronics are used very sparingly, something like light playing on the surface of water, giving the music light and definition but never obtruding into its progress. Taylor's percussion is understated and effective, although his can't-play-will-play guitar on track four is something we could have managed without.
The star of the show is Carol Ann Jackson. Far from acting as a lead instrument, as Pete Stubley's sleeve notes point out, she is very much submerged in the ensemble, but the thread which she weaves through it is wholly distinctive and completely captivating. Her voice seems to be always there but never obtrusively so; a perfect balance of dynamic. It would be nice to hear her working with texts, but her non-verbal vocalisations are fully as musical as any of the other contributions here.
I mentioned Boulez, not Stockhausen or Cage, because Boulez is what this disk most calls to mind; atonal and post-serialist and all the rest, but also incurably Romantic. Icarus aren't interested in formal abstraction so much as ravishing sound, sweeping harmonies (there are sweeping harmonies, I promise you) and a lyrical melodic sensibility. There are even some jazzy moments, mostly thanks to Curphy's pizzicato approach which is the closest thing in this group to that tradition; his indebtedness to Charlie Haden, again something Stubley notes, is enormous, and all the muscular power and accuracy that goes with it is an enormous benefit to this group.
A great chill-out record, this, as well as a quiet, unassuming grower; at first listen it might seem a little hard to grasp, but that's because, like certain tidal waters, its slow-moving exterior hides a mercurial imagination.
Состав
Philipp Wachsmann: violin, electronics
Roger Curphy: double bass
Mark Wastell: violoncello
Carol Ann Jackson: voice
Trevor Taylor: percussion, electronics
По всем вопросам пишите личное сообщение пользователю M0p94ok.
—
153
M0p94ok
Нет комментариев. Ваш будет первым!
Войдите или зарегистрируйтесь чтобы добавлять комментарии