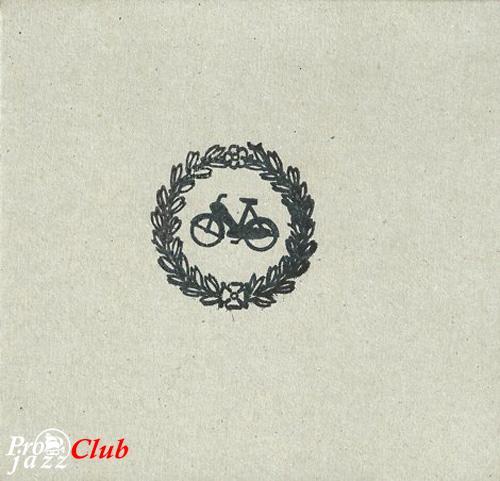 Треклист:
Hubert Zemler - Moped
Жанр: Free Improvisation / drums solo
Носитель: WEB
Страна-производитель диска (релиза): Poland
Год издания: 2011
Издатель (лейбл): Lado ABC
Номер по каталогу: Lado SB 4 (Supported by/4)
Аудиокодек: FLAC (*.flac)
Тип рипа: tracks
Битрейт аудио: lossless
Продолжительность: 00:53:25
Источник (релизер): what.cd / спасибо kivius
Наличие сканов в содержимом раздачи: нет
Треклист:
1. Z deszczu pod rynnę (19:42)
2. Dwie lewe nogi (07:58)
3. Noc na Kopie Cwila (09:17)
4. Ubung Macht den Meister (11:14)
5. Pan Kupiński na Księżycu (05:11)
Доп. информация:
Musicians:
Hubert Zemler - drums solo
Moped - first solo album of Hubert Zemler, recorded
live at Chłodna 25 Club in Warsaw, Poland on 18.01.2011
Hubert Zemler - Moped ladoabc.com
Hubert Zemler - Moped bandcamp.com
... photo ...
... reviews ...
"Moped" is a live recording of Hubert Zemlers solo concert, which took place on January 19. 2011 in Chłodna 25 club. Huber Zemler is a classically trained drummer, winner of the Bronze medal at the Musical Olympics in Korea (solo percussion contest); but above all a member of numerous important alternative bands from Warsaw. Over the years he has gained experience from a variety of musical universes - from free jazz (Kapacitron, Horny Trees), contemporary music (Arturas Bumsteinas, Zdzisław Piernik), world music (Ritmodelia, Calle Sol), rock and blues (Neurasja, Incarnations), to sophisticated pop (Natu). Always searching and consciously following his own path, he has created an original sound based on unprecedented sensitivity, creativity and amazing technique. His solo project is a synthesis of his musical exploration. It is also a space in which the musician creates his story with only one instrument - using the vast sound spectrum an acoustic instrument can give. In this incredibly difficult, experimental and to a great extent improvisational formula there is a place for fragility and subtleness, as well as for expressive and frenzied attack.
====================
How often do you really listen to your own heartbeat? I do it rather rare but this album persuades me I should try. And what I am supposed to discover through such a practice? I assume I could become surprised that my heartbeat is nothing constant or predictable but it changes with my desires, my fears, my hopes. But also with sound waves created in world around me which come to my body, penetrate it and sometimes even overwhelm it. Some of those sounds are strangely organized, bringing not only shock and fatigue but also some meaning. Significance. Sense. They may be called music.
Sometimes even extraordinary music when they carry with itself a beauty! As is a case with newest Hubert Zemler solo drum album 'Moped'. His musical horizons are wide open. Even on this humble blog you can find his free jazz 'Kapacitron' (2009) and 'Branches Of Horny Delight' (2009), avantpop 'Neurasja' (2011) or mainstream 'Alternations' (2008). But this is just a fragment of his activities because he has also done succesful projects belonging to world music (Ritmodelia), chamber music (Zdzisław Piernik, Arturas Bumsteinas) and even pop (Natu). He is associated with Chłodna 25 club in Warsaw, obviously one of the most important avant music venues in Poland (along with Alchemia in Cracow, Dragon in Poznań and Mózg in Bydgoszcz) and it is worthy to note that this CD is released by Lado ABC registrating albums of most of members of this unofficial artistic commune.
Going back to music, this is the drum solo album but its variety is limitless. At moments mimimalistic it soon turns into storm beat, sometimes featuring pulse as ethereal as a feather while later abundant in New York groove or African funky rhythms. It is testimony to creativeness of an artist whose capacity is enormous, whose maturation is yet not complete but evidently going in right direction. I count it among the most interesting albums coming from Warsaw avant-garde musicians this year along with Marcin Masecki 'Profesjonalizm', Kamil Szuszkiewicz 'Prolegomena' and Levity 'Afternoon Delights". What a year indeed!
~ Maciej Nowotny
Audiochecker 2.0 beta (build 457)
По всем вопросам пишите личное сообщение пользователю M0p94ok.
—
165
M0p94ok
Нет комментариев. Ваш будет первым!
Войдите или зарегистрируйтесь чтобы добавлять комментарии