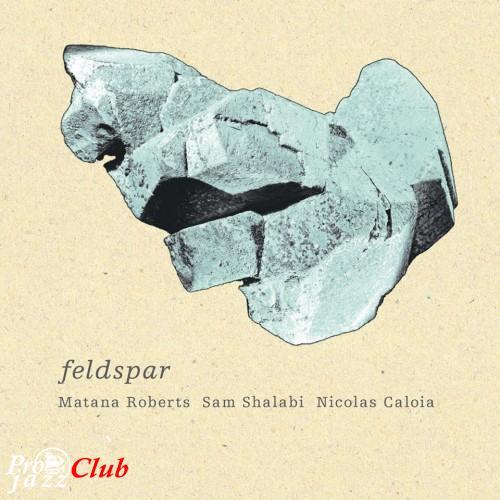 Треклист:
Matana Roberts, Sam Shalabi, Nicolas Caloia / Feldspar
Жанр: Free Improvisation
Носитель: CD
Страна-производитель диска (релиза): Canada
Год издания: 2014
Издатель (лейбл): Tour De Bras
Номер по каталогу: TDB9008cd
Аудиокодек: FLAC (*.flac)
Тип рипа: tracks+.cue
Битрейт аудио: lossless
Продолжительность: 47:02
Источник (релизер): whatcd (noense)
Наличие сканов в содержимом раздачи: нет
Треклист:
1. Orpiment 8:01
2. Spinel 5:30
3. Galena 8:25
4. Anatase 5:14
5. Opal 7:22
6. Cinnabar 4:54
7. Feldspar 7:36
Лог создания рипа
Содержание индексной карты (.CUE)
Об альбоме
"With her Coin Coin project Matana Roberts has become everybody's darling, from papers like the New York Times or the Los Angeles Times to jazz magazines and radio programs, even to media beyond the jazz cosmos like the Rolling Stone, SPIN or pitchfork.com. Everyone is rightfully awestruck by "Gens de Couleur Libres" and "Mississippi Moonchile" (including us).
But apart from her longtime project Matana Roberts has always been involved in smaller groups - like her trio with Josh Abrams (b) and Chad Taylor (dr), her quartet with Taylor Ho Bynum (cornet), Thomson Kneeland (b) and Thomas Fujiwara (dr) or her band with Jeff Parker (g), Josh Abrams (b) and Frank Rosaly (dr) - all of them not as spectacular as Coin Coin but nevertheless absolutely interesting since Roberts concentrates more on improvisation while Coin Coin rather focuses on a compositional element.
For this album Roberts has formed a new trio with Canadian musicians Sam Shalabi (g) and Nicolas Caloia (b), both active members of Montreal's prospering scene. Their Feldspar album is named after a group of minerals, the name feldspar derives from the German words Feld (field) and Spath (a rock that does not contain any ore) - like this formation does not have any drums.
The band mainly delves into harsh avant-garde idioms, sometimes the musicians seem to be alienated from each other, as if they would confirm an old prejudice against free jazz that the musicians only play for themselves. However, Roberts' always keeps a strong element of melody present, in "Spinel" her sax lines are deeply rooted in folk blues melodies (and she does not deny Albert Ayler, Steve Lacy and Fred Anderson as main influences). In general bass and guitar provide edgy textures and colorful dots for Roberts' discreet melodies, as if the three were painting a picture, the guitar providing the ground coat, the sax being responsible for the strokes of the brush and the bass for the dots (as in "Opal").
Highlights of this album are the bookending tracks: On "Orpiment" Shalabi provides a Thurston-Moore-like guitar, Matana's warm and gentle sax creeps into the track very shyly in front of the guitar feedback and Caloia's bowed bass, she seems to be looking for a point of contact with bass and guitar. Only at the end the three instruments seem to entwine with each other, dancing madly, their limbs distorted.
The title track (the last one on this album) begins with bass and sax displaying a melancholic layout, while Shalabi's atonal guitar is playing almost against the others, as if he wanted to disturb the dialogue - but Roberts and Caloia resist and answer back. It is a heavy, escalating dispute, at the end everybody seems to be exhausted from the fight in this long aftermath."
Состав
Alto Saxophone – Matana Roberts
Contrabass – Nicolas Caloia
Guitar – Sam Shalabi
По всем вопросам пишите личное сообщение пользователю M0p94ok.
—
131
M0p94ok
Нет комментариев. Ваш будет первым!
Войдите или зарегистрируйтесь чтобы добавлять комментарии