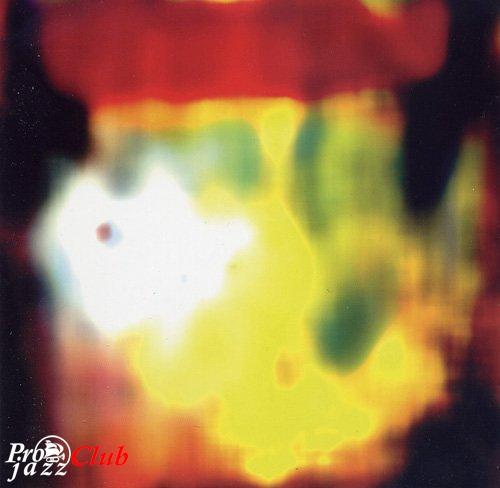 One Final Note Review
Tigersmilk, a trio comprising Rob Mazurek on cornet, laptop, and electronics, Jason Roebke on double bass, and Dylan van der Schyff on percussion recorded From the Bottle live at Chicago’s Empty Bottle in 2003. Consisting of six tracks that range broadly across a variety of themes and approaches, the CD is an often invigorating, thoughtful take on contemporary improvisation, with plenty of room available for all involved.
van der Schyff approaches these pieces with a stripped-down set, consisting of three drums and an assortment of percussive devices that he bangs, clatters, and scrapes across his trap kit. He’s a tasteful player with a keen sense of humor and the ability to pull the most out of a little. His sound remains a focal point throughout much of the recording and his restrained playing is full of interest and fresh ideas. Whether playing woods or metals, drums covered with towels, or riding on his cymbal, van der Schyff is consistently arresting in his approach to rhythm, timber, and colorization.
Roebke is the silent partner in the trio, rarely stepping out front. His playing revolves around extended arco-techniques, whale-like calls, and slow moving phrases. He often cedes time and space to the other two, content to add nuance here and punctuation there.
Mazurek fills up a great deal of what remains with both his cornet and through electronic manipulation. He manages to pull a variety of sounds out of the latter from foghorn blasts to the now typical (in these kinds of settings) variations on white noise scratch. One gets the sense that much of the drama in achieving this balance has a heavy visual component, though, and Tigersmilk is probably best caught live. On From the Bottle it is Mazurek’s cornet playing that is most appealing, especially at its extremes: A declamatory invigoration at one end and fragile mute at the other. Veering between these two poles, Mazurek both shouts and tiptoes, moving from bombast to eggshell liquidity.
At its most exciting, From the Bottle provides a unique take on a surprisingly underutilized trio formation. With Roebke in the wings, Tigersmilk touches upon Mu-like combinations at moments, especially heard at the beginning of track three where Mazurek is in full-on Don Cherry mode. van der Schyff is pretty far away from Edward Blackwell—closer akin to a less distracting Han Bennink—but he does hint at second-line and Afro-Brazilian moments throughout. When all three are in close collaboration, as in moments throughout the opening piece, the results quietly beckon one to listen, insinuating rather than commanding attention.
Unfortunately, there are also moments when inspiration seems to wane and the trio feels somewhat listless. The most glaring moment comes when there is a too obvious reliance upon electronic manipulation to the detriment of the overall direction of the improvisations. These moments, such as van der Schyff’s delay-enhanced solo found on track three (which functions as a microcosm of the group’s work) make one quickly yearn for Mazurek to put down the laptop and return to cornet. Electronic manipulation can certainly be done in compelling ways, and there are moments throughout the set, such as the brooding track six where Mazurek’s electronication adds immeasurably, but more often than not it feels less than essential and, in a few cases, a real distraction.
These moments, fortunately, are few and far between and From the Bottle is a promising set of improvisations from a trio who will hopefully continue to do interesting things. Much of the playing comes across with a rare grace and beauty, a set of improvisations strung together with aplomb and wit. A hard feat, to be sure, and one for which Tigersmilk must certainly be commended. ~ Matthew Sumera, onefinalnote.com
EAC Report
Exact Audio Copy V0.99 prebeta 5 from 4. May 2009
EAC extraction logfile from 22. September 2009, 23:44
Tigersmilk / From the Bottle
Used drive : TSSTcorpCD/DVDW SH-S182M Adapter: 2 ID: 0
Read mode : Secure
Utilize accurate stream : Yes
Defeat audio cache : Yes
Make use of C2 pointers : No
Read offset correction : 6
Overread into Lead-In and Lead-Out : No
Fill up missing offset samples with silence : Yes
Delete leading and trailing silent blocks : No
Null samples used in CRC calculations : Yes
Used interface : Installed external ASPI interface
Used output format : User Defined Encoder
Selected bitrate : 1024 kBit/s
Quality : High
Add ID3 tag : No
Command line compressor : C:\Program Files\FLAC\flac.exe
Additional command line options : -6 -V -T "ARTIST=%a" -T "TITLE=%t" -T "ALBUM=%g" -T "DATE=%y" -T "TRACKNUMBER=%n" -T "GENRE=%m" -T "COMMENT=EAC FLAC -6" %s
TOC of the extracted CD
Track | Start | Length | Start sector | End sector
---------------------------------------------------------
1 | 0:00.00 | 11:49.25 | 0 | 53199
2 | 11:49.25 | 6:22.04 | 53200 | 81853
3 | 18:11.29 | 15:25.17 | 81854 | 151245
4 | 33:36.46 | 12:53.01 | 151246 | 209221
5 | 46:29.47 | 1:57.56 | 209222 | 218052
6 | 48:27.28 | 18:51.06 | 218053 | 302883
Range status and errors
Selected range
Filename C:\Documents and Settings\Igor\My Documents\My Music\eac\Tigersmilk - From the Bottle.wav
Peak level 96.6 %
Range quality 100.0 %
Test CRC AA7327BF
Copy CRC AA7327BF
Copy OK
No errors occurred
AccurateRip summary
Track 1 not present in database
Track 2 not present in database
Track 3 not present in database
Track 4 not present in database
Track 5 not present in database
Track 6 not present in database
None of the tracks are present in the AccurateRip database
End of status report
По всем вопросам пишите личное сообщение пользователю M0p94ok.
—
207
M0p94ok
Нет комментариев. Ваш будет первым!
Войдите или зарегистрируйтесь чтобы добавлять комментарии