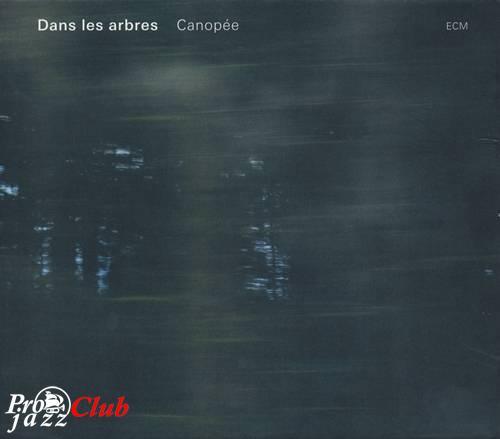 Лог создания рипа
Содержание индексной карты (.CUE)
Об альбоме (сборнике)
***Comment fromhttp://www.ecmrecords.com/:
Dans les arbres – the unique improvising quartet comprising three Norwegians and a Frenchman – continues to fine-tune its artistic concept, patiently traversing its luminous planes of sound with a rare sense of accord, and shared responsibilities. The combination of its unorthodox sound sources, including Charles’s clarinet harmonics, Wallumrød’s prepared piano, Grydeland’s bowed banjo, and Zach’s differentiated gran casa playing has led to free playing and spontaneous group-composing in a class of its own. The group’s ECM debut generated many rave reviews, with England’s The Wire declaring “There’s no end to the delights of this quite magical disc.” The magic is intact on “Canopée”, recorded in June 2010 and April 2011 in Oslo.
Project
On this second album by the unorthodox quartet comprised of Norwegians Grydeland, Wallumrød and Zach, and Frenchman Charles, the music continues to unfold with poetic logic and unhurried pace. To paraphrase La Monte Young, Dans les arbres draws a straight line and follows it. Their music moves gently but steadily ahead on broad planes of sound, the textural scenery changing as DLA harnesses its wealth of unorthodox extended techniques. Including but not limited to: Charles’ extraordinary control of harmonics, the prepared piano of Wallumrød perfectly matched by the prepared banjo of Grydeland and by Zach’s unprecedented use of the gran cassa, the horizontal orchestral bass drum, augmented here by metal percussion and ceramic bells. Small movements precipitate gradual sonic transformations. Sounds are carefully nurtured and encouraged to glow. Responsibilities are very equally shared as textures are blended.
All four musicians are skilled improvisers, but no one is claiming or struggling for solo space. There seems, rather, to be a group mind at work, with strong compositional instincts. Where DLA’s debut album was all-acoustic, this time Grydeland has brought his electric guitar into the sound picture. If it thickens the plot, it is never permitted to overpower the delicate sonic palette.
The group has been working as Dans les arbres since 2006 but there have been other and earlier collaborations between the members, including extensive duo work by Ingar Zach and Ivar Grydeland. Both musicians had worked in the zones between free improvising and contemporary composition – collaborating with some of the pioneers of abstract free play (including Derek Bailey, Tony Oxley, Phil Wachsmann) in recordings for their own SOFA label, made while they were still studying Chamber Music at the Norwegian Academy of Music. On hearing Christian Wallumrød’s ECM “Sofienberg Variations” album they sensed a kindred spirit and asked the pianist to join them “to see where the combination might lead. We were recording material and playing concerts before Xavier Charles was in the picture, but as soon as we invited him, already at the first rehearsal we felt it would be great to develop the music as a quartet.” (Ingar Zach to All About Jazz).
The group’s ECM debut, called just “Dans les arbres” (ECM 2058), received much critical praise, with UK magazine The Wire writing, “A first listen revealed that this disc clearly belongs in the ‘unclassified’ category. With a second listen, it was obvious that it’s a most extraordinary and compelling achievement. … Two features mark it as contemporary Improv: all-acoustic exploration of sonorities and textures that often sound electronic, and the affinities of its sound-world with those of contemporary composition. … There’s no end to the delights of this quite magical disc. The finest composition, like improvisation, ultimately relies on intuition, and these players seem to have an innate grasp of the right combination of sounds and textures. Dans les arbres must be one of the finest ECM Improv releases – indeed, releases from any label – in recent years”.
Since the first ECM disc, the group has toured the world, often overturning expectations: “The field drum, which looked like it would blow us out of the room, emitted the gentlest of sounds,” wrote John Diliberto of the ensemble’s Philadelphia concert. “Ingar Zach stroked the skin with fingertips, brushed it with a blanket and spun objects across the head. He was only slightly louder than Xavier Charles, who blew low whines, breathy questions and ghost overtones through his clarinet. No one played their instruments in a conventional fashion. There were virtually no timbres that sounded like they emanated from the actual instruments. Grydeland scraped the banjo head, stroked below the bridge, riffed on muted plucks. Wallumrød’s piano sounded like a Balinese gamelan.” So it goes when the members of Dans les arbres convene.
Artists
Each of the players maintains or is involved in other projects. Ingar Zach, for instance, has recorded for ECM with Jon Balke’s Magnetic North and Batagraf ensembles. He and Ivar Grydeland play, furthermore, in the trio Huntsville. Grydeland also has another trio, Electric Pansori, with Wallumrød and drummer Per Oddvar Johansen. Xavier Charles plays with improvisers John Butcher and Axel Dörner in the group Contest of Pleasures. And Christian Wallumrød leads his own ensembles with a number of albums issued on ECM including “No Birch”, “Sofienberg Variations”, “A Year From Easter”, “The Zoo Is Far”, and “Fabula Suite Lugano”.
ecm player
Any questions -> support@pro-jazz.com. По всем вопросам пишите -> support@pro-jazz.com
—
163
M0p94ok
Нет комментариев. Ваш будет первым!
Войдите или зарегистрируйтесь чтобы добавлять комментарии